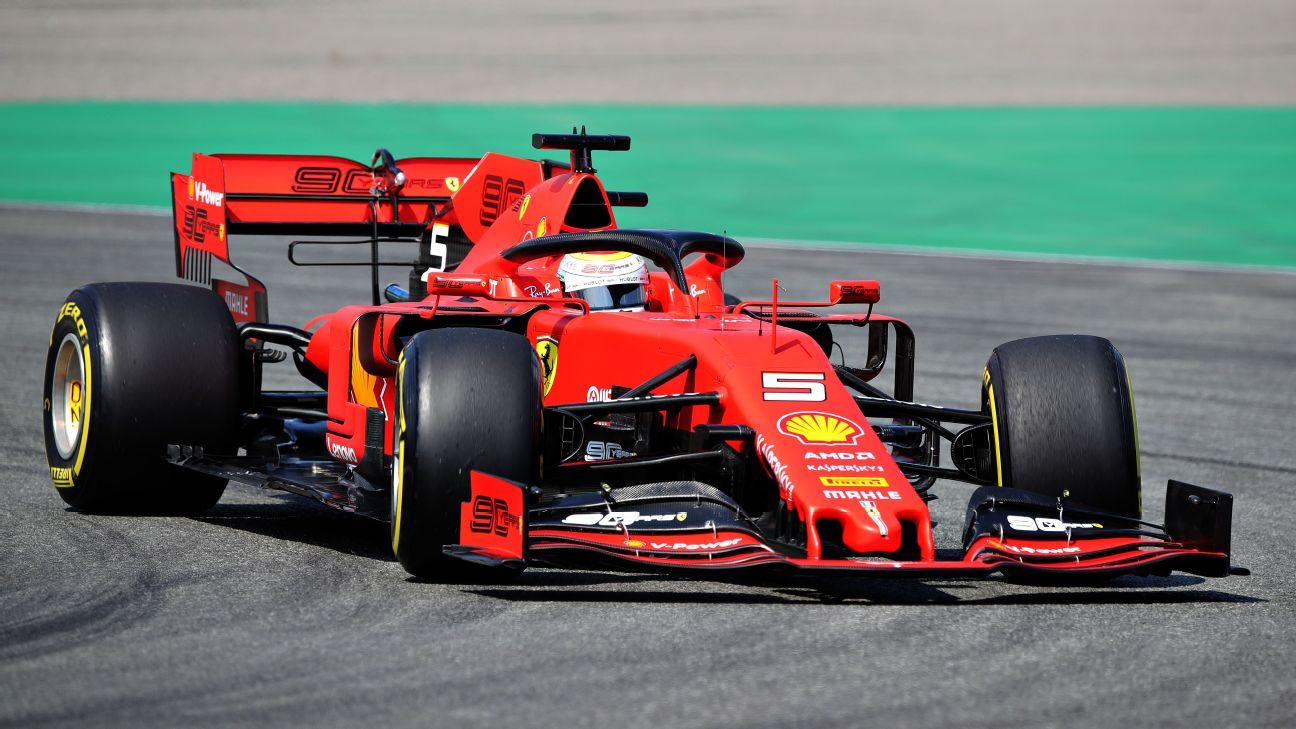 HOCKENHEIM, Germany — With Europe’s heatwave forecast to give way to thunderstorms and cooler weather overnight, the data gathered in the stifling heat of Friday’s practice sessions in Germany could mean very little for the rest of the grand prix weekend. But as a standalone test in extreme conditions, second practice at Hockenheim was quite revealing.

As expected, the heat tilted the playing field in Ferrari’s favour as Mercedes’ cars, which also struggled in 35C conditions at the Austrian Grand Prix, were pegged back. Mercedes’ cooling issues weren’t as obvious as in Austria — long runs were still among the most competitive — but the team has opened up the rear of the car significantly for extra cooling this weekend.

With developments coming elsewhere on the car, it is difficult to pick apart how much pace Mercedes has sacrificed for cooling with the new package, but in terms of overcoming the crippling issues it had in Austria — i.e. running in sensible engine modes without having to lift and coast to cool its internals — the W10 was in a much happier place.

“I think we’ve made progress,” Valtteri Bottas said. “With the package we had in Austria we would have struggled massively today, but we could complete some good long runs.

“It is going to get a lot better with the temperatures for Saturday and Sunday, but it’s good to see we have improved that.”

If the forecasts are wrong and the heatwave does linger into the weekend, both Ferrari and Red Bull will fancy their chances of taking advantage. Over a heavy-fuel run on soft tyres, Leclerc’s average lap time was a match for Hamilton and he also had a slight edge over Bottas on a like-for-like hard tyre run.

The same was true on single-lap pace. Ferrari was one-two at the top of the timesheets, with Charles Leclerc fastest by 0.124s from teammate Sebastian Vettel and 0.146s from the fastest Mercedes of Lewis Hamilton. Deeper analysis of the quickest times reveals a familiar pattern to previous races, with Ferrari holding an advantage on the sections of track where long straights dominate and Mercedes clawing back a good deal of that time in the slower sections.

But with Mercedes struggling with overheating tyres towards the end of the lap, it’s likely that its advantage in the final sector will only grow in lower temperatures while the ability to close up some of the extra cooling on its car could see them benefit in straight-line performance by reducing drag.

“We had quite a few new bits on the car, some for performance and some to improve the cooling,” chief trackside engineer Andy Shovlin said. “So far, it all seems to be in the right direction but there is so much overheating on the tyres today that it is hard to know where we stand.

“In terms of pace, some runs were a bit better than others but our overall feeling is that in these temperatures, we’re probably sitting a little bit behind Ferrari.

“We’ve got some useful learning from the sessions today and it’s been a good test of the car, but we’re expecting a big drop in temperature for the remainder of the weekend. With the cooler temperatures there is a good chance of rain which should keep things interesting.”

Switching the focus back to the Ferraris, it was clear Leclerc was able to squeeze more time out of the car in the slow-speed corners than Vettel, giving him his advantage over his teammate. However, Vettel is hopeful that things are going in the right direction after a series of race weekends finishing second best to his teammate.

“I’m pretty happy,” he said. “It was a better day, albeit with some hiccups here and there to find the rhythm, and we lost a bit of time with a flatspot on the medium tyres in the afternoon. But overall the car felt good and there is quite a bit of margin to go faster later in the weekend.”

Despite the promising numbers coming up on the stopwatch, both Ferrari drivers remain wary of the threat from Mercedes from Saturday onwards.

“I think the feeling is good because the high-fuel runs were good, which has been quite difficult from the beginning of the season on our side,” Leclerc said. “It’s looking good, but on the other hand I think tomorrow will be a lot cooler so this will be better for the other guys.

“The heat is working quite well with our car at the moment and we need to understand what happens when the conditions are cooler and try to improve in these conditions.”

Red Bull struggled to match Mercedes and Ferrari over both short and long runs, but with the conditions changing so much for Saturday that might not be of great concern. The team also lost track time, and a significant amount of bodywork, when Pierre Gasly smashed into the barriers towards the end of the session.

The good news is that some of the best races of recent times have followed Friday practice sessions when conditions were completely at odds with the Sunday. The hope is that the same will be true in Germany, albeit with Ferrari able to hold onto Mercedes coattails in cooler temperatures.