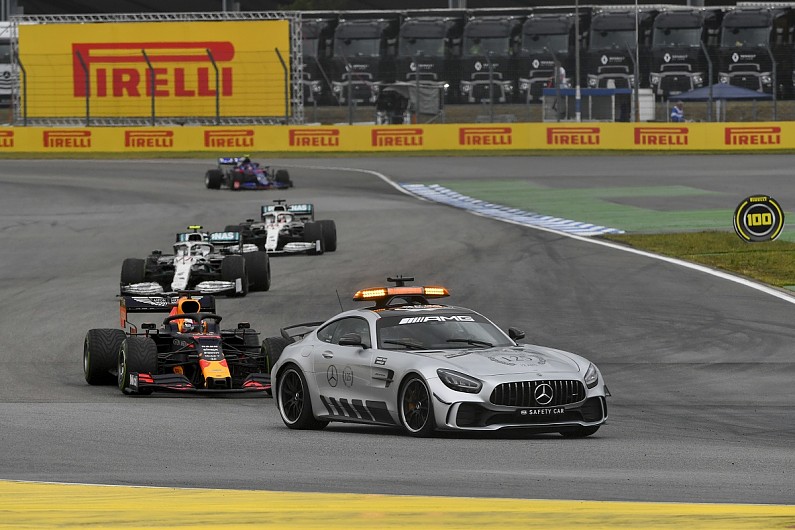 The FIA has confirmed an “anomaly” in its systems caused Lewis Hamiton to be investigated for an alleged breach of safety car regulations in Formula 1’s German Grand Prix.

Hamilton, who has been cleared of any infringement, was placed under investigation for driving unnecessarily slowly behind the safety car, following a crash for Ferrari’s Charles Leclerc.

But an investigation by the stewards discovered Hamilton had been investigated over a situation that had not arisen before.

It was initiated by the Mercedes driver returning to the track following his crash into the wall at the final corner that forced him into the pitlane.

Under F1’s regulations drivers have to keep to a set time delta until the safety car has crossed the first safety car line for the second time. 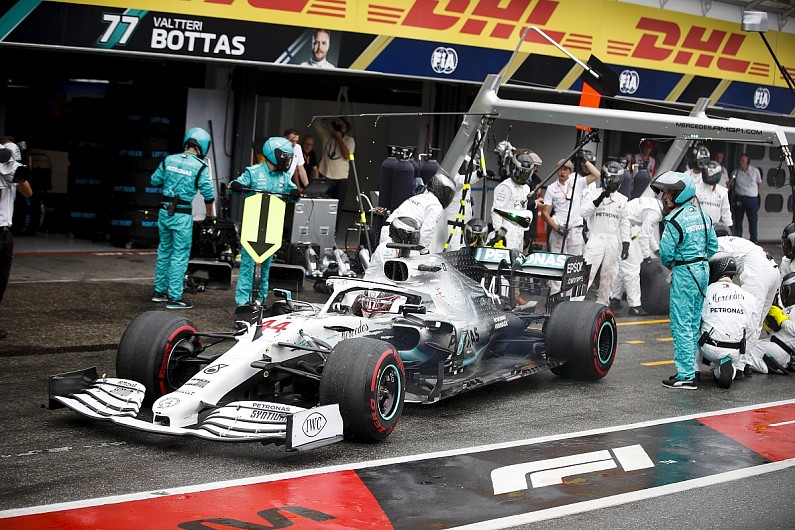 Hamilton drove slowly to keep to the delta time, while other cars were lapping at a higher speed and caused Hamilton to be placed under investigation.

F1 race director Michael Masi said: “It was an anomaly basically with the way the system is. So there was no further action.

“Effectively your first two laps under the safety car, you have to respect the delta time to catch up.

“The anomaly was [that] everyone else was on their third lap, so was able to catch up, but Lewis was on his second lap so was having to effectively respect the delta while everyone else around him was racing to catch the back of the line.

“Speaking to a couple of sporting directors since, it is a situation that we have not seen before. So it is something for us to look at generally.”

Masi also explained that he had no cause for concern about Hamilton crashing under safety car conditions.

“I think it is one of those where you look at the conditions,” added Massi. “It was tricky conditions all afternoon for everyone. It wasn’t even part of the equation so to speak.”

Brown: McLaren doesn’t expect repeat of “huge step” in F1 2020
F1 champion Mercedes’ 2020 car to make track debut on February 14
Ocon on his new start at Renault, his relationship with Verstappen and how close he came to a Mercedes drive
Horner: Only a ‘rabbit out the hat’ will stop F1 ’20 being a classic
Gas pipeline construction shortens final Dakar 2020 stage running