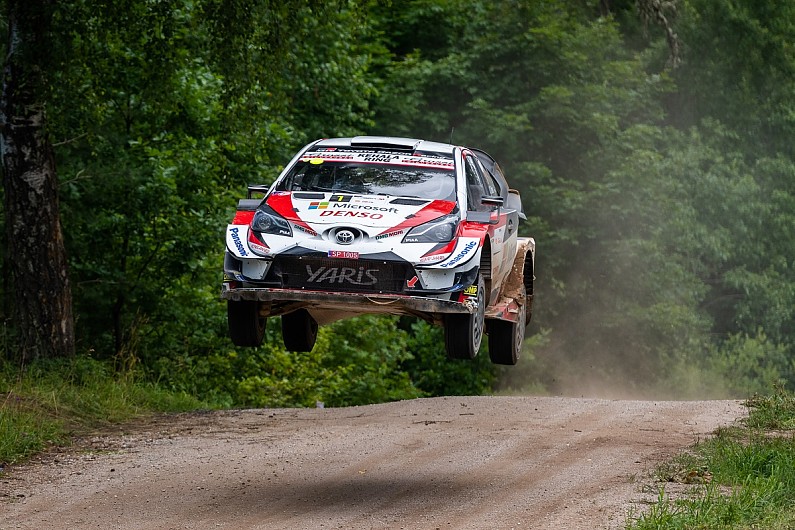 Ott Tanak deliberately chose an adverse starting spot on Rally Estonia, in preparation for next month’s World Rally Championship event in Finland where he will run first on the road.

All four WRC manufacturers sent cars to Estonia for the non-championship round, as a test for one of the series’ headline events just over the Baltic Sea in Finland. 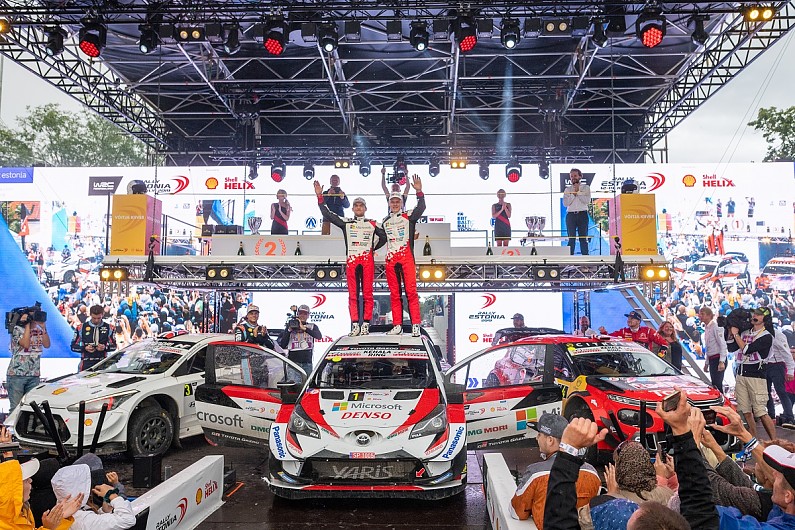 Toyota Yaris WRC driver Tanak emerged with a victory of over a minute on the 93-mile (151km) event – which has similar fast and flowing roads to Finland – beating Hyundai’s Andreas Mikkelsen and Citroen’s Esapekka Lappi on home soil.

Tanak will run first on the road for Rally Finland as he leads the WRC points’ standings, and made the same choice for Estonia despite it hurting his chances of victory in front of his home supporters.

“We have learned a lot for Finland from this rally,” said Tanak.

“There’s lots going on ahead of that event and I know it will be tough to run at the front on the first day – that’s why I took this position on here [in Estonia].

“The pace has been good and it’s been a challenge – especially when the weather was changing a lot, but it’s a very good test for Finland.

“It’s great to have the manufacturers coming here to support this event and I think we showed, once again, that Estonia really is a rally nation.”

Craig Breen made his debut for Hyundai on Rally Estonia, and says he is confident ahead of his WRC debut with the team in Finland.

Breen recently signed to make his first appearance of the WRC season with the German-based squad, having been dropped by Citroen at the end of last year.

“The car felt great,” said Breen, who drove a car with an older engine and in 2017-specification.

“I took what would be roughly Thierry’s [Neuville] set-up and made a few small subtle things to bring the car to me, but I was surprised how quickly I felt comfortable with everything.

“The car gave me good confidence and going to a rally like Finland, that’s so important.”

The Irish driver took fifth on the event behind M-Sport’s Elfyn Evans.

In a car similar to Evans, Markko Martin made a comeback in current machinery, the five-time WRC rally winner taking sixth behind Breen.

Video: Looking back at Williams’s iconic FW14B F1 car
Ocon on his new start at Renault, his relationship with Verstappen and how close he came to a Mercedes drive
Latifi chooses to race under No.6 in F1
Ferrucci switches cars for 2020 IndyCar season
Racing Point to launch 2020 F1 programme two days before testing