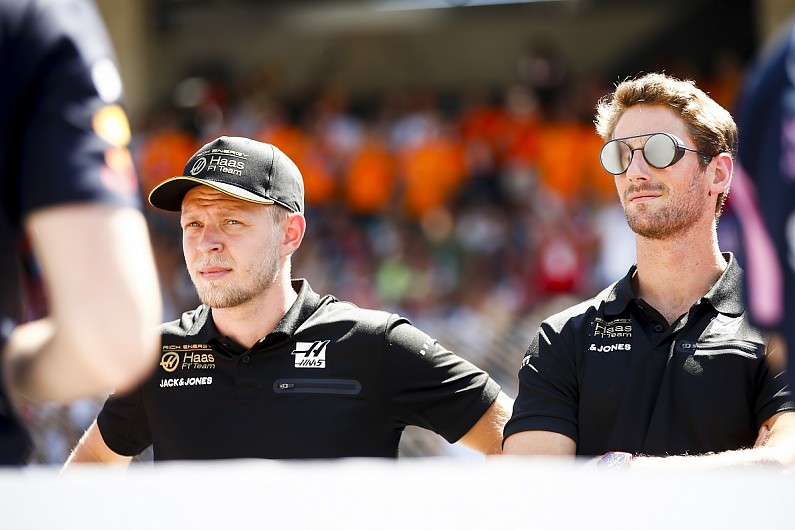 Haas Formula 1 team boss Gunther Steiner says dropping either Kevin Magnussen or Romain Grosjean in-season to stop them hitting each other would almost be a “desperate move”.

Team-mates Magnussen and Grosjean have collided in the last two grands prix, including the first-lap clash at Silverstone that caused both cars to retire and left Steiner furious.

Speculation after the British Grand Prix suggested Haas could replace one of the drivers to solve the issue, and Steiner admitted he was annoyed an instruction issued after contact in the Spanish GP had gone ignored.

But despite a further coming together at Hockenheim, Steiner said ahead of this weekend’s Hungarian GP that replacing either driver during the season is unlikely.

“I’m not thinking about that,” he said. “It’s part of it, but that doesn’t make a lot of sense. Then you just open up more questions than answers.

“You disrupt a lot of other things, so that would almost be a desperate move.”

Neither Grosjean or Magnussen have deals in place for next season and Haas is set to decide its line-up after the summer break.

Steiner added that the dynamic between Grosjean and Magnussen did not mean the partnership was doomed, as he believes they can dislike each other and work together.

“When you make a decision the team chemistry always comes into it,” Steiner said when asked by Autosport if the drivers’ relationship played a part.

“Who is pushing who, all that stuff, so it’s nothing new to think about when we make our driver choice for the future.”

He added that “if they don’t get on personally I cannot fix that” and said he would not wish to get involved in that sort of matter.

“As long as they respect the team and do what the team wants them to do, I’m fine with that,” said Steiner.

“Trying to force somebody to have a good relationship with somebody doesn’t work. I’m no psychologist, but I know this much.” 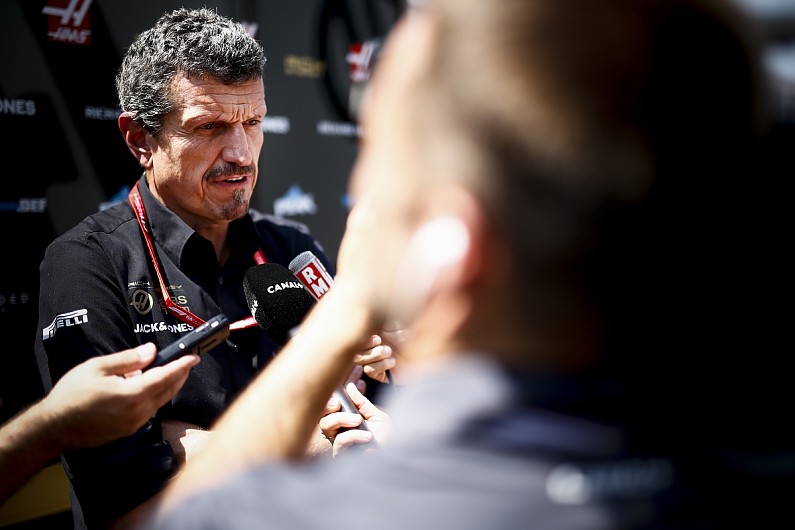 Steiner admits “circumstances” have played a part in the repeated clashes between Magnussen and Grosjean, but the team boss now admits he will impose stricter guidelines.

“It’s the only solution, to be firm with them,” Steiner said. “Tell them what to do when they get close to each other.

Steiner says he will discuss the situation with Grosjean and Magnussen on Thursday, having reflected on the Hockenheim incident that almost cost it a double-points finish.

“It could have happened the same again, they both damage the car and you don’t take points home,” Steiner said of his drivers’ German GP clash.

“I say nothing, think about it, then say something. If I get the same type of upset with them as at Silverstone, that’s not constructive.

“I need to come up with something better, to get proper control of it and move forward, because it’s not acceptable towards the team.

“The team is suffering again if we keep on doing this.”