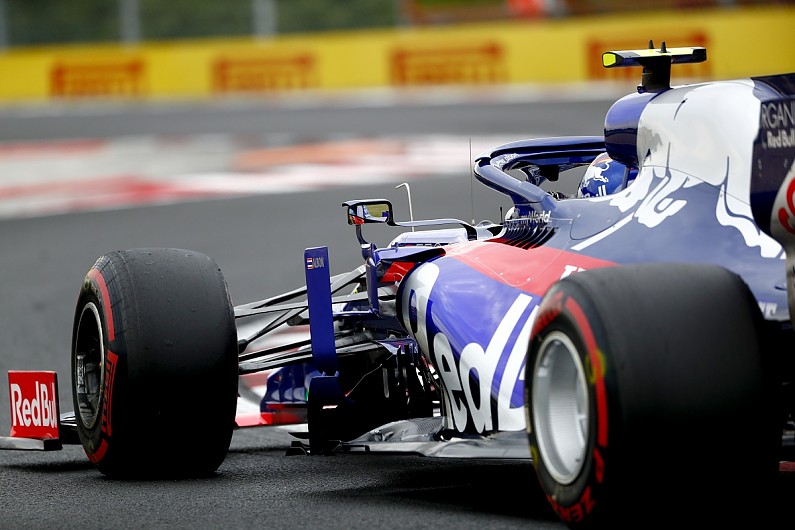 Albon lost control of his car at the start of FP2 when he touched the grass approaching the final corner as he prepared to start his first flying lap of the session.

He speared off and his STR14 impacted heavily against the tyre barriers, causing heavy damage to the left side of the car.

Albon finished at the bottom of the charts without a time set as he did not return to the track.

When asked what had happened by Autosport, Albon said: “Just a misjudgement really.

“Of course you always swing into the corner, so it’s not always easy to find the limit, but of course you want to be as wide as possible for the corner and I misjudged it.

“The front didn’t go into the grass, so I had the feeling like I was fine. [But] I didn’t feel the front drop, so the rear dropped, really.

“Of course the weather didn’t help because it was raining and it was very slippery. Just a silly error, to be honest.” 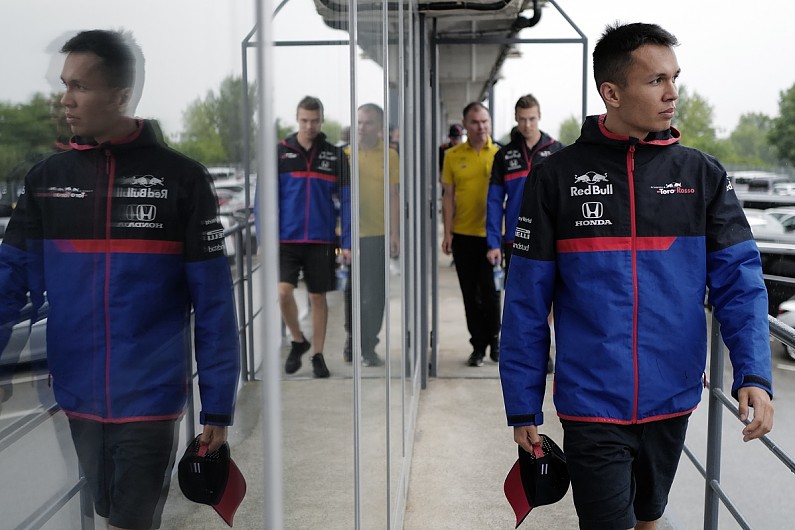 Albon conceded that the lack of track time in wet conditions was not ideal for his preparations as qualifying on Saturday could also be hit by rain.

“I mean, we’ll see, because tomorrow its supposed to rain,” he added. “If it’s raining it’s obviously not good. If it’s dry obviously it’s not too bad.

“Damage wise – there’s quite a lot of damage, but it doesn’t seem to be important.

“In terms of running, everyone was restricted so we are not far behind. I guess we’ll continue our plan.”

Albon finished 14th quickest in the morning session, but felt his team had made significant progress with its car in the afternoon despite the lack of running.

“We were struggling for pace in general, but we made a really big step in FP2,” he said.

“Even if I crashed the pace was very strong, so it was a bit of a shame.

“We made some good steps and at least we got a lot of data. We still need to do some work to be ready for the heat.”