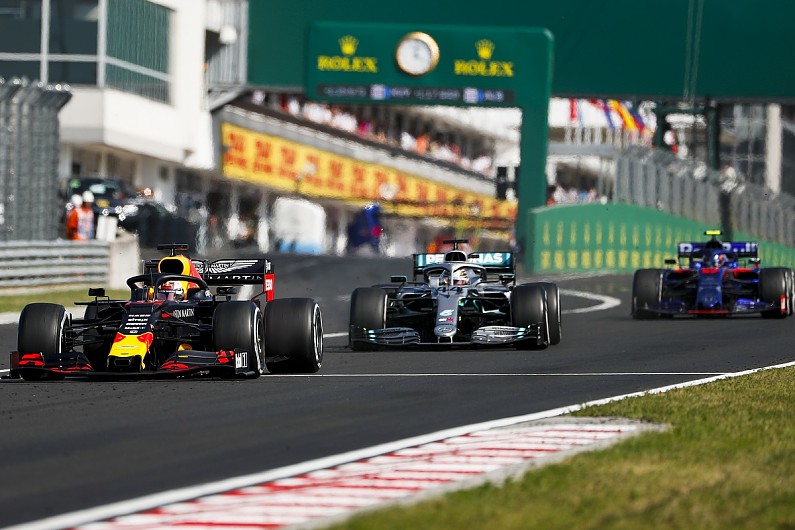 The intense fight between Lewis Hamilton and Max Verstappen in the Hungarian Grand Prix showed the “vast chasm” between the top Formula 1 teams and the rest, says Ross Brawn.

Verstappen led from pole position and withstood a fierce attack from Hamilton before Mercedes switched its driver to a two-stop strategy, which allowed him to catch and pass the long-time leading Red Bull.

Their pace at the front meant the best of the Ferraris was more than a minute adrift, while fifth-place finisher Carlos Sainz Jr was lapped in his McLaren.

F1 motorsport managing director Brawn used his post-race debrief to again highlight his unhappiness at the gulf in performance between the leading teams and the midfield, pointing to McLaren “firmly staking a claim on being the fourth best team, but its drivers were both lapped by the winner”.

“With Hamilton and Verstappen fighting for the duration of the race, the pace at the front was astounding from the first to the final lap, as that was the only way to win.

“However, it demonstrated the vast chasm in performance between the top three teams and the rest.

“I’ve said it so often, but this gap must be reduced. It remains one of our main objectives for the future as, alongside the FIA, we continue to work on the 2021 regulations.

“It’s an ambitious goal, and it won’t happen overnight as we do not have a magic wand, but it has to be our central ambition, achieved via the three main areas of the rules: technical, sporting and financial.

“It’s a key theme for the future of this sport and I think we are all in agreement on this, starting with the fans, whom we must listen to, because, at the end of the day, they are our most important asset.” 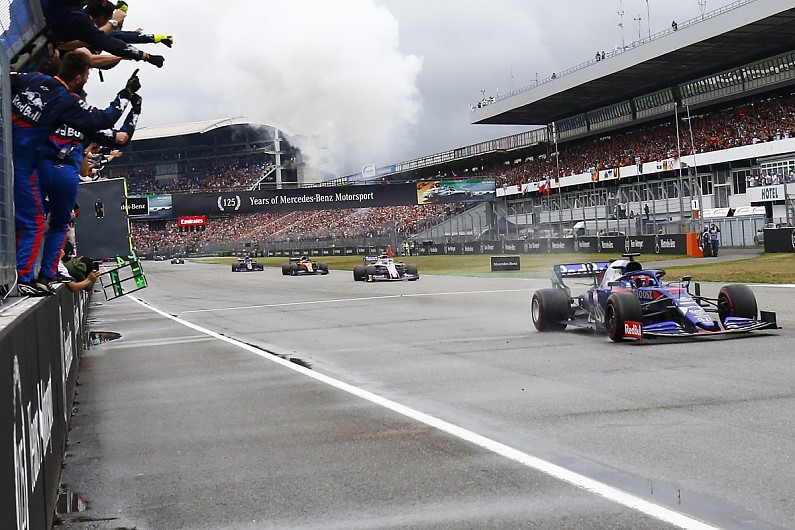 At the preceding rain-hit German Grand Prix, Daniil Kvyat’s surprise podium for Toro Rosso was the first podium for a non-Mercedes, Red Bull or Ferrari this season.

It was only the third time in three years such a result has been achieved.

While Brawn hopes F1 can change this trend from 2021, he has been buoyed by the entertainment on show at recent grands prix, which he believes prove F1 to be “in rude health”.

“Without wishing to upset my friends at Mercedes, who are heading for the championship title win again, everyone would like to see a closer fight for the major honours,” said Brawn.

“Having said that, of the 12 races to date, at least half have been closely contested, with the outcome in doubt.

“As with every fan of F1, I can’t wait for the hostilities to resume at the end of August when Spa is followed immediately by Monza, two fantastic, historic tracks that are bound to provide the sort of excitement only Formula 1 can offer.”