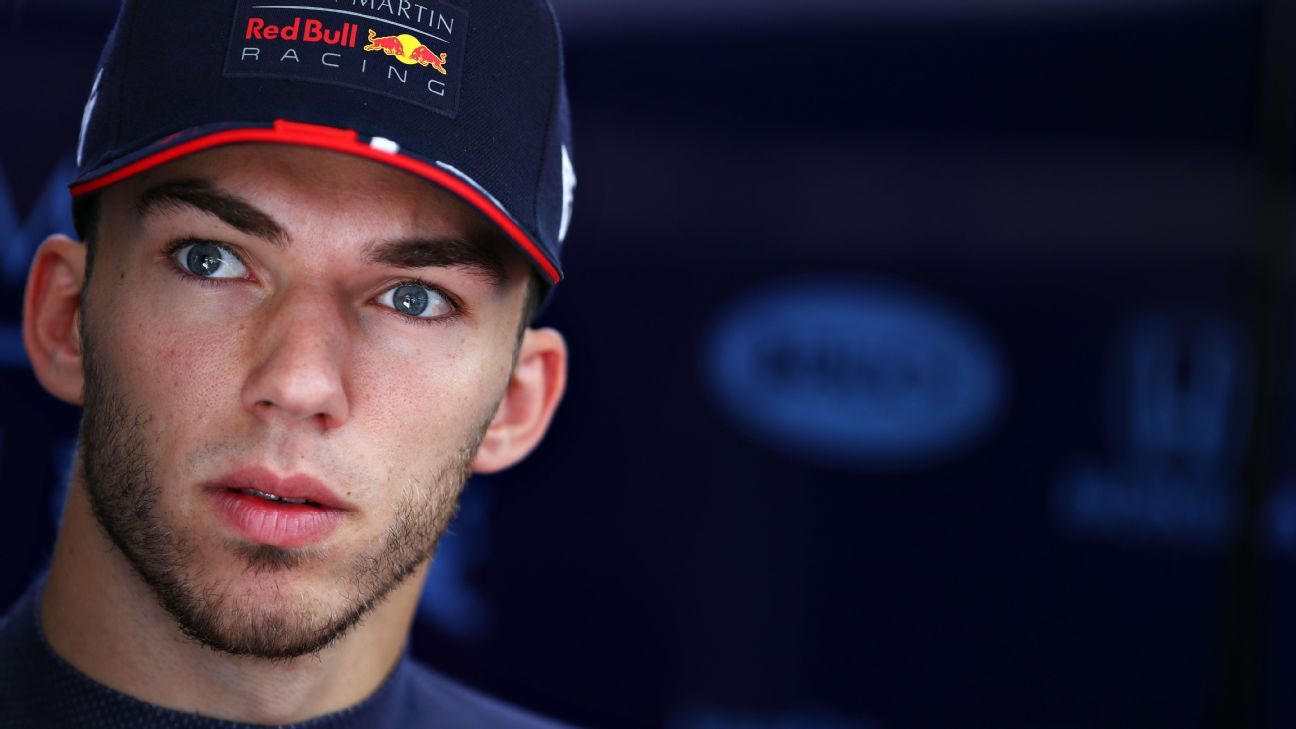 Pierre Gasly’s current form is so bad even Lewis Hamilton couldn’t resist having a dig after the Hungarian Grand Prix — the five-time world champion playfully suggested to Max Verstappen that Fernando Alonso would be a much better teammate.

The French driver appears to be clinging on to his seat with his fingertips and it seems like only a drastic turnaround after the summer break can ensure he stays put.

Here is a look at some statistics that highlight the predicament Gasly and Red Bull find themselves in.

Gasly’s failure to be competitive in qualifying has occasionally hamstrung Red Bull in terms of formulating its strategy for Sundays. Speaking in Hungary, Horner said Red Bull had been “one-legged” too often so far this year.

Given the competitive picture in modern F1, there is a maximum of six cars at each race likely to have a realistic shot at pole position. All but one driver at the top three teams — Mercedes, Ferrari and Red Bull — has claimed a pole position this season. Gasly, the one who hasn’t also has the worst average gap to his teammate, as shown below.

Average gap (When both drivers made it to Q3)

Gasly has failed to make Q3 on three occasions. Verstappen and the Ferrari drivers have each done so just once, while Mercedes has successfully had both cars in the top-ten shootout at all 12 races this year.

Gasly’s head-to-head with his teammate makes for ugly reading. The Frenchman’s bad season has coincided with Verstappen finding supreme form, which has included two races victories, a maiden career pole position and a handful of other visits to the podium. But it’s not just the comparison to Verstappen where he is lacking.

Here is the grid ordered by a slightly different metric, as of their current standings:

(Williams is the only team where this stat is not relevant, as Robert Kubica has one point and George Russell has zero.)

Red Bull’s pressure cooker environment is infamously tough on struggling drivers. One of the lifelines Gasly has at the moment is the lack of a replacement ready to jump straight into the seat, but his start is the worst of any Red Bull driver who joined the team in this decade.

Here’s how the other four active drivers on the grid who have raced at Red Bull fared after their first 12 races:

It’s worth noting that, of those four, Kvyat’s tenure with the team was the shortest — he was unceremoniously demoted to Toro Rosso for Max Verstappen ahead of the Spanish Grand Prix in 2016, a race the Dutchman duly won. The start to Kvyat’s 2015 was not seen as negatively, with Red Bull failing to claim a race victory that season.

Some other things to digest

The closest Gasly has been to Verstappen in a qualifying session where they have both made Q3 is 0.314 seconds at the British Grand Prix.

How did it get this bad?

Very few people thought Gasly would have an easy time of things ahead of his debut season with Red Bull. Alongside him was an ever-improving Verstappen, who was arguably the grid’s most in-form driver at the end of 2018. But no-one would have predicted it would be this bad going into the summer break.

Understandably, progress seemed slow early on as Gasly wrestled with a new car with just one full season of F1 experience behind him. A worrying trend developed early in the season, with the Frenchman unable to get close to matching Verstappen’s quickest times in qualifying. He failed to make it into Q3 in his first two weekends, but slowly found his feet. A drive from the pit-lane to sixth position at the Azerbaijan Grand Prix could have marked a much-needed confidence boost, but a car failure in the closing stages meant he left the race empty handed.

The one time he out-qualified Verstappen was when Red Bull messed up its timings in Q2 at the Canadian Grand Prix, meaning the Dutchman didn’t even progress to the top-ten shootout. Gasly hardly seized the initiative, as he was beaten to fifth on the grid by his predecessor Daniel Ricciardo. In the race, Verstappen fought through the field to fourth while Gasly laboured to ninth.

There was little improvement forthcoming and a new low point was reached at the Austrian Grand Prix, Red Bull’s home race, when he qualified ninth behind two Alfa Romeos, a McLaren and a Haas, before finishing seventh the following day. Compounding matters was the fact Verstappen lapped him en route to claiming Red Bull’s first win of 2019.

The common consensus at Red Bull ahead of the British Grand Prix at the beginning of July was that Gasly was primed for a turnaround. He arrived at Silverstone having switched to Verstappen’s set-up and after doing 12 days of work with Red Bull to solve his issues. Gasly would qualify behind Verstappen — but closer than he had been all year — and, after a solid race which included some nice racing with Charles Leclerc, moved ahead of his teammate in the final classification after the Dutchman was punted off by Sebastian Vettel late on.

Regardless of how he got there, it was the chance for a much needed morale boost, and Christian Horner sounded positive afterwards.

“[He is] just focusing on what he is doing and not worrying what his team-mate was doing,” Horner said. “Just getting back to basics, he has been like a different driver all weekend.”

The optimism was short-lived. A crash in practice ahead of the German Grand Prix followed two weeks later, forcing the team rebuild his car overnight. After the Ferrari’s suffered a double setback Gasly grabbed fourth place, 0.4s down on Verstappen, although the team pointed to a much quicker Q3 lap which was deleted after he had marginally exceeded track limits.

In the crazy race that followed, Verstappen mastered the conditions to claim a thrilling victory, but Gasly failed to make the finish — running seventh, he retired after clumsily driving into the back of Alexander Albon in the final laps. At the Hungarian Grand Prix, where Verstappen nearly won a third race in four attempts, Gasly laboured to sixth position, finishing behind McLaren’s Carlos Sainz.

He will have gone into the summer break with Horner’s stern words ringing in his ears.

After the race and ahead of the August summer break, Horner said Gasly’s form was starting to hurt the team, adding: “I think he really needs to take some time out during the summer break, reflect on the first half of the season and take the lessons from that into the second half of the year. It’s vital for us if we are to stand any chance of catching Ferrari that we have him finishing further ahead.”

Gasly seemed to relish the prospect of the upcoming summer break when he spoke to the media in Budapest on Sunday evening. “For sure it is good for everyone to have a break now, switch off and also review the first few months, what went well, what we could have done better with the guys, and come back stronger for the second part of the season. There have been a lot of lessons learned since the beginning of the year.

“There is still some more to do. We will take the time to make sure that we come back sharper for the second part of the season.”