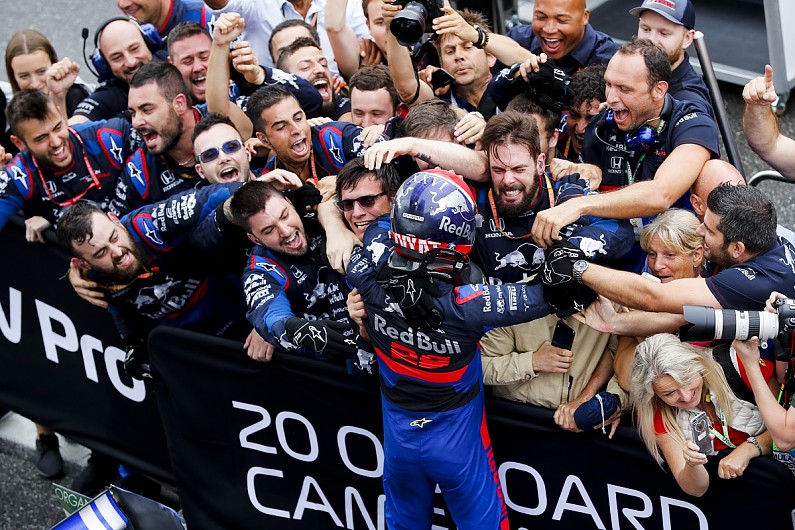 Toro Rosso adopted Honda engines last year after the Japanese company split with McLaren, as Red Bull used its junior team to evaluate a potential Honda partnership for itself.

Honda’s progress with Toro Rosso convinced Red Bull to strike a deal for 2019, and after that was done Toro Rosso was willing to take the hit of more grid drops to encourage Honda to push on with development.

Red Bull has won two races with Honda power this season, with Max Verstappen’s victory in Germany complemented by Kvyat finishing third in a chaotic race.

“Kvyat in third was a very big thing for us because we were improving together last year, with some struggles as well,” Honda’s F1 managing director Masashi Yamamoto told Autosport.

“We made a big effort to improve together with Toro Rosso as a team.

“That was only the second time for Toro Rosso as well, since [Sebastian] Vettel’s win [in the 2008 Italian GP].

“It was a very big moment for the team as well and we were very glad we could achieve it together. 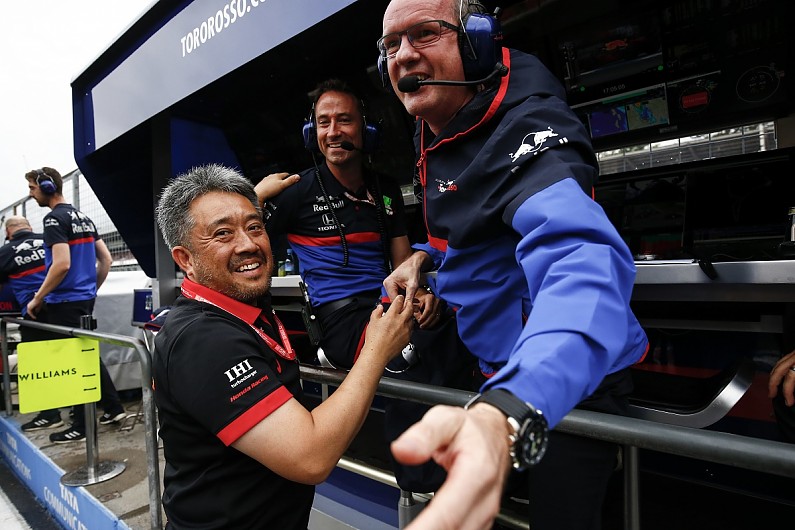 “I was talking to [team principal] Franz Tost last year, looking at this year as we knew we were going to be with Red Bull from the middle of the season.

“We were discussing we can try various things with Toro Rosso towards this year.

“So we thank them for their contribution and we’re glad we could be on the podium with them.”

Verstappen and Kvyat sharing the podium at Hockenheim marked the first time since 1992 that Honda celebrated a double podium.

That they represented Red Bull and Toro Rosso made it the first time since 1988 that Honda had two different teams finish in the top three.

In terms of significance for Honda this year, though, Yamamoto admitted the first win in Austria was bigger.

“The biggest thing for us was the win in Austria,” he said.

“That victory meant a lot for Honda, and after this we are managing our engine very well, better than before.

“The biggest thing is that the engineers were so motivated from that win, they were so encouraged.”