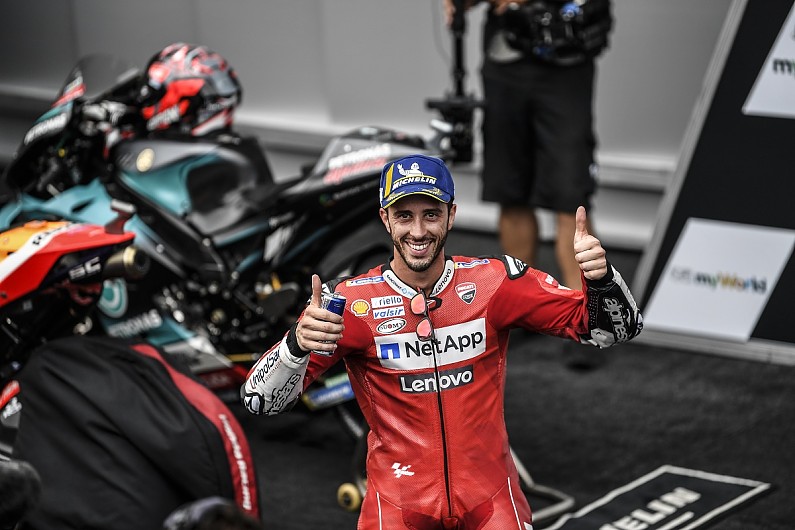 Andrea Dovizioso believes the manner of his victory over Marc Marquez in the last MotoGP race in Austria will rejuvenate himself and Ducati in the final part of the season.

Dovizioso had struggled to run with Marquez for much of the season since winning the Qatar opener, and admitted in the lead-up to the Red Bull Ring race that the championship leader’s recent form has left his rivals “in crisis”.

Yet despite trailing Marquez in practice in Austria, and losing out on pole by over four tenths, Dovizioso was able to maintain Ducati’s Red Bull Ring streak, pulling off an audacious last-corner overtake on Marquez to secure the win.

“This victory gives us, I think, a lot of energy for the future,” Dovizioso said.

“To win is always important but to win like this – we struggled a lot during some races, and to win like this, when we didn’t have better speed [than Marquez] but we worked well for the race, and we took the victory in this way, I think it’s very positive for the me and for Ducati.

“It will give us energy for the continuation of the season and for development. Energy makes a lot of difference and the more energy there is, the better.” 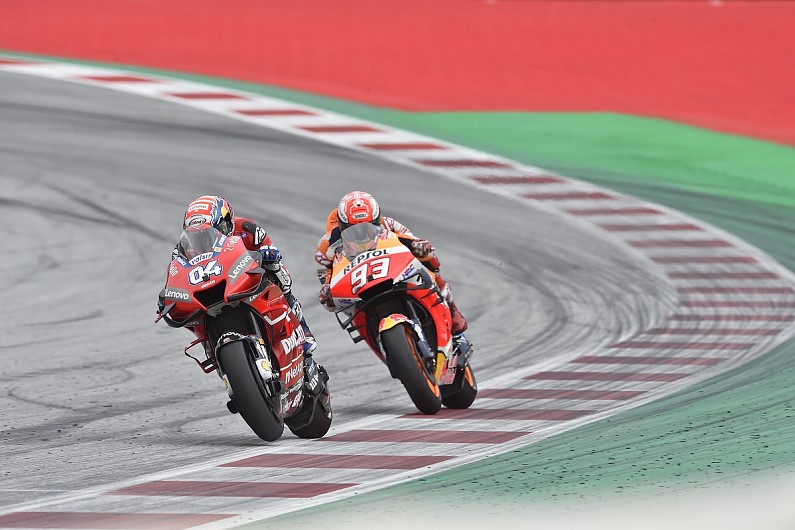 Despite the win, Dovizioso remains 58 points behind Marquez in the title race, with 200 up for grabs in the eight remaining races.

He says he does not consider the championship over, but admits overhauling such a deficit is unlikely.

“It’s open because it’s open, and there’s a lot of races,” Dovizioso said when asked about the title battle.

“This race, in one side, doesn’t change the future, because Marc has shown his potential in a lot of races, and he was so competitive, more than last year.

“So I expect him [to be] strong in every track, so I think it’s very, very difficult.

“But we are working to develop the bike, and also this race, we win the race but we worked so hard to try to improve the bike, and we are constantly working on that.

“So, we never know what you can find, and some materials will arrive in the future, so I want to keep this [hope] alive, because it’s normal, it has to be like this.

“But to fight against Marc in this moment, if you think in a realistic way, is very difficult, but it doesn’t change our approach.

“Our approach is: we have to improve, because it [our performance] is not enough to beat him.”