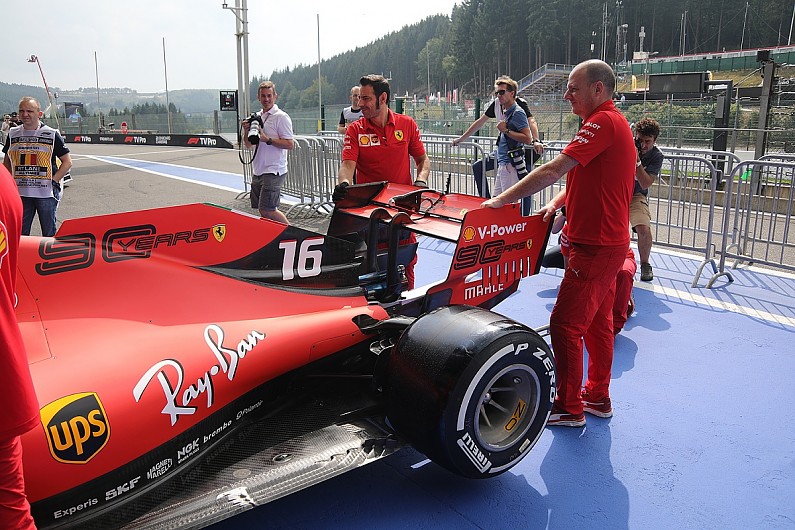 Multiple Formula 1 teams have been seen with customary low-downforce packages ahead of the Belgian Grand Prix as they react to the demands of the Spa-Francorchamps circuit.

Ferrari, Renault and Toro Rosso were just some of the teams to have been spotted with shallow rear wings on Thursday, aiming to boost straightline speed.

The run from La Source to Les Combes, and the Blanichmot section, often rewards the cars with the least amount of drag, as top speed contributes to a large portion of the lap spent at full throttle.

Using a rear wing with a low angle of attack reduces the overall front area, helping the cars to achieve a lower percentage of drag, and the approaches are demonstrated in Giorgio Piola’s images.

Ferrari’s wing seems to be a simple, lower-downforce interpretation of its usual design, retaining the same endplates and shifting the leading edge of the mainplane further up, using a short-chord top element to increase that effect.

In addition, the team has brought the same front wing construction it used in Canada, with a short-chord top element to further enhance the low-drag properties of the wing. 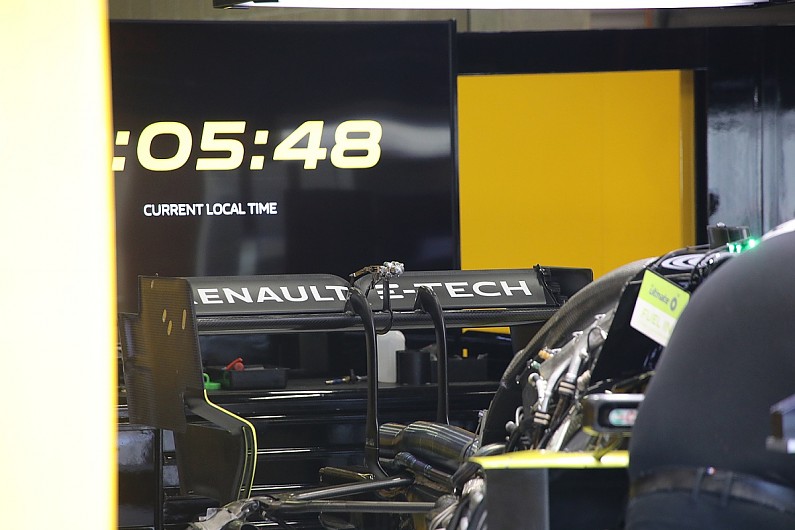 Renault has done the same with its rear wing elements, but has taken another step by amending the endplates.

So far this season, the team has run with a number of serrations to more aggressively manage the airflow emerging from the rear of the car, but has opted for a Red Bull-style overhang without splitting it into strakes.

This retains the expansion of airflow at the rear to boost diffuser suction, but without generating quite as much turbulence – the car loses some further downforce, but inhibits a healthy portion of drag.

Toro Rosso has a similar approach to Ferrari in that it appears to be a lower-downforce version of its usual wing concept, retaining the same endplates and the deeper central section.

Racing Point has also been spotted with a low-downforce wing, using a distinctly short top flap chord to ensure the team runs as little wing as possible.

Overall, these wing configurations may cost a small amount of performance on the run from Les Combes to Pouhon, but the benefits on offer from optimising acceleration and straight-line speed largely outweigh them. 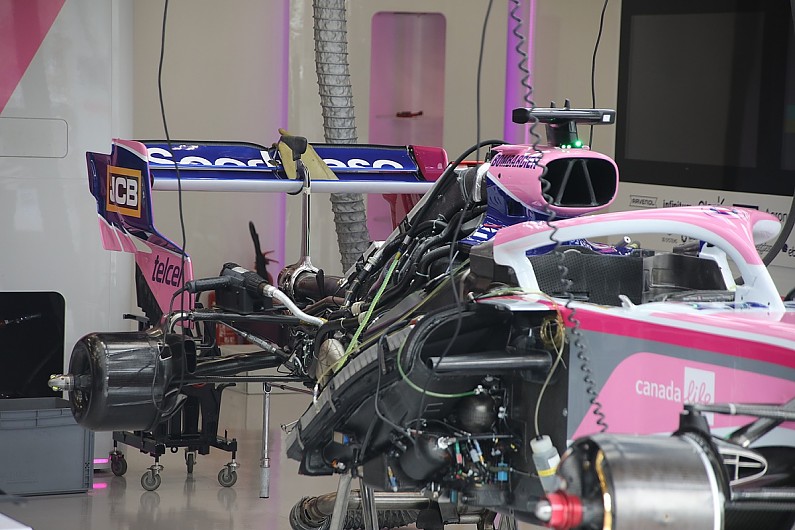