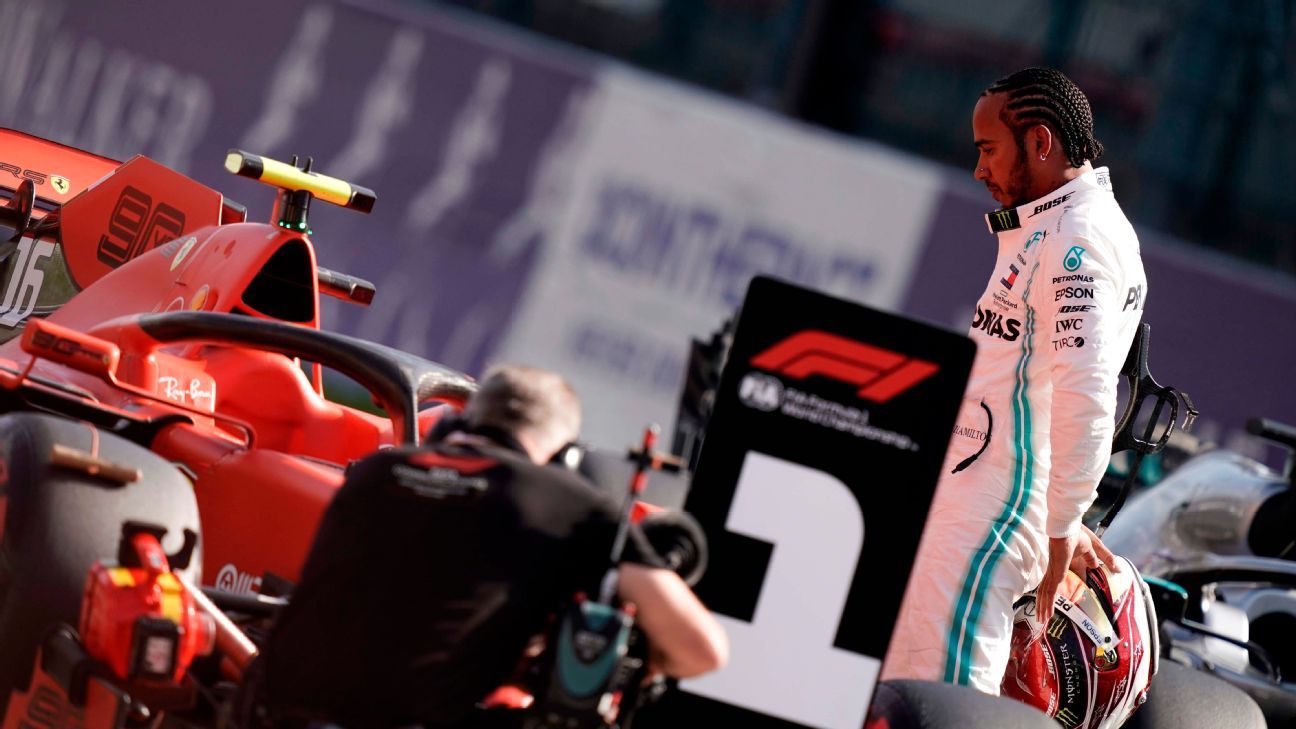 SPA-FRANCORCHAMPS, Belgium — Ferrari and Mercedes look set to go head-to-head in a one of the most closely-matched battles of the season at Sunday’s Belgian Grand Prix. Ferrari holds the front row thanks to a speed advantage over a single lap, but Friday’s practice sessions suggest Mercedes has the faster car over a race distance.

That should make for a thrilling battle as both teams have two cars at the front of the grid and there is some room for flexibility on strategy if overtaking is proving difficult in a straight fight on track.

Assuming they hold their lead at the end of the first lap, Ferrari’s main advantage will be its straight-line speed. In qualifying it was as much as 8km/h faster than the Mercedes through the speed trap, and if it remains the same in the race, it will be a huge help to Charles Leclerc and Sebastian Vettel as they look to defend into the main overtaking areas.

But Mercedes could well have an advantage on race pace and tyre wear over the course of the 44 laps and will look to push Ferrari hard to expose a potential tyre weakness on the red cars. Based on Friday practice, Ferrari struggled more to keep life in their tyres while Mercedes had as much as a 0.7s advantage per lap over a 11-13 lap stint on soft tyres and heavy fuel.

But whether that will be enough for Mercedes to win remains to be seen. Cooler temperatures on Sunday should work in Ferrari’s favour and make a one-stop not only the fastest strategy for all cars, but also a very achievable one.

A two-stop is possible, but if anything it could be Mercedes that deploys it if it believes it can give its drivers a big enough advantage to attack on fresher tyres towards the end of the race and exploit the inherent race pace of the W10 — as Lewis Hamilton did to Max Verstappen in Hungary.

For one-stop strategies, expect to see cars pit between lap 13 and 22 to swap soft tyres for mediums. Anybody pitting early in that window could be keeping the possibility of a two-stop open and if you see a team fit a second set of softs, you’ll know they are on a two-stop as all drivers have to use at least two types of compound in the race.

All of the top ten are starting on softs, but if any of the cars outside the top ten opt to flip the strategy and start on mediums, expect to see a pit stop between lap 25 and 34. That is likely for the drivers starting out of position towards the back of the grid, such as Alex Albon on his Red Bull debut and the McLaren of Carlos Sainz.