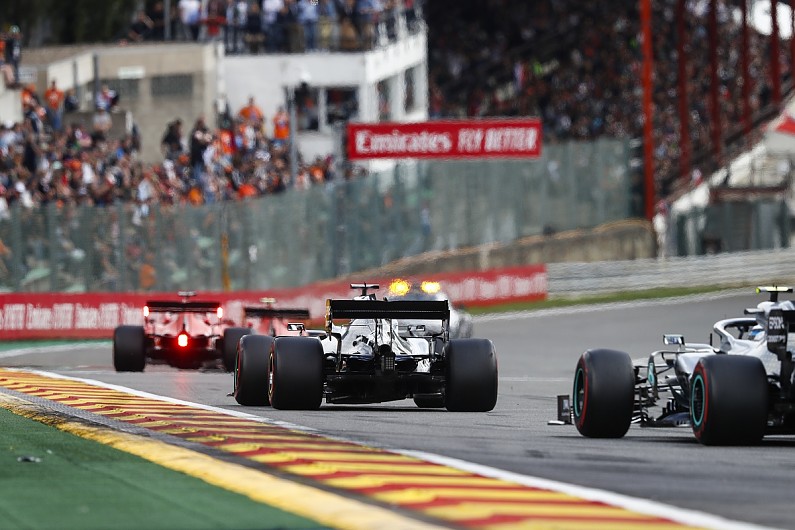 Red Bull regularly complained that it was impossible to compete with rivals on the straight when Renault was struggling with the new engine technology at the start of the current era.

Mercedes motorsport chief Wolff conceded that his cars had no answer for Ferrari’s pace on the straights at Spa, citing the way Sebastian Vettel regained second place from Lewis Hamilton after losing out at the start and going wide at La Source.

Vettel was easily able to draft past on the run down the straight after Raidillon.

Later in the race Vettel was able to stay ahead of Hamilton for several laps despite struggling in the corners, allowing his race-leading team-mate Charles Leclerc to gain some crucial breathing space.

“If you would have given me second and third in Spa, I would have taken it before the race,” said Wolff. “Because we know that our package compared to the Ferraris, with the straightline speed, is inferior.

“Look at Turn 1 [La Source] and then the following straight, Sebastian can’t be more off the line than he was, and he was still able to overtake us.”

After the race Hamilton suggested that Mercedes has to find more straightline performance before the next race at Monza this weekend.

“In the next few days we’ve got to make some drastic improvements to our straight speed, somehow,” said the world champion. 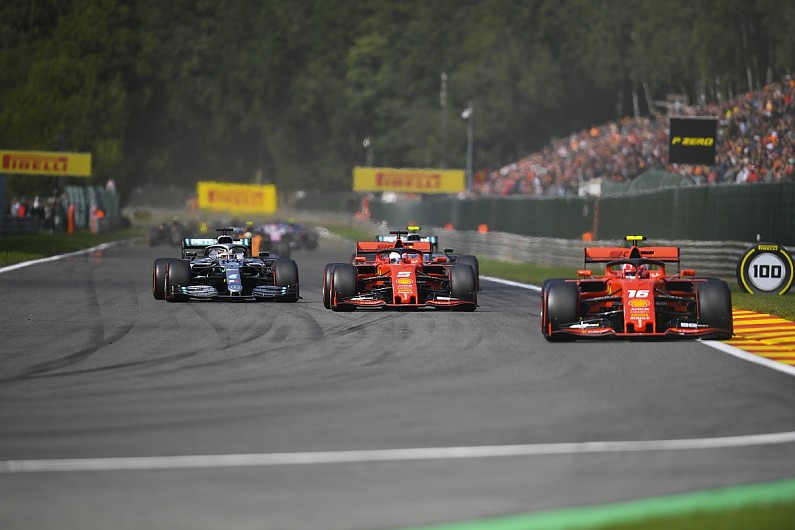 But asked if Mercedes could improve the situation by Monza, Wolff admitted that Ferrari would still have a clear advantage in Italy.

“But it is what it is, no complaints. We’ve just go to prepare the best possible for Monza, know that it is not a track which which suits us, but will favour Ferrari, and we’ve got to do the best possible job.

“And on the Sunday we’re looking much closer, even on the high power circuits.

“So I do think we’ve got to give it all we have to hopefully win the race in Monza.”