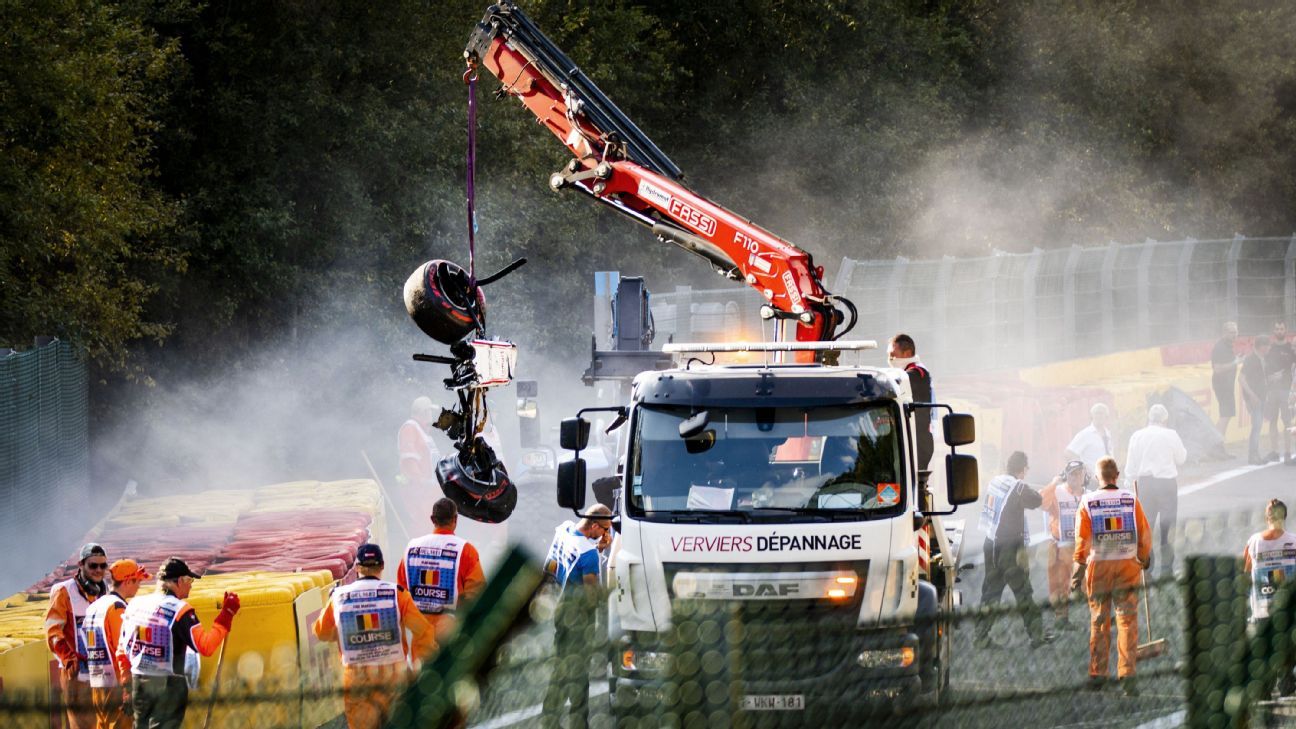 American Formula 2 driver Juan Manuel Correa is being transferred to a specialist hospital in the UK to continue his recovery from injuries sustained at last weekend’s Belgian Grand Prix.

Correa was involved in the accident that claimed the life of Anthoine Hubert at Spa-Francorchamps on Saturday, sustaining leg fractures and a spinal injury. Hubert was pronounced dead at the circuit’s medical centre later that evening, while Correa was taken to CHU Liège hospital where he underwent surgery overnight.

In a statement on Monday, Correa’s family said his parents were at his bedside and he was “fully aware of the events that happened at the Circuit Spa-Francorchamps on Saturday” and “overwhelmed with sadness”. It added that he would require “a very lengthy rehabilitation program”.

A further statement on Wednesday offered an update on Correa’s condition and confirmed that he would be moved from Liège to the UK.

“Juan Manuel Correa will be transferred today to a specialised Intensive Care Unit located in the United Kingdom,” the statement read. “Juan Manuel will continue his recovery process under the care of a specialised team of physicians.

“Juan Manuel and his family want to thank the CHU Liège ICU Team for their exceptional care and medical treatment during the past few days.

“Additional details will be provided on Juan Manuel’s condition when available.”

Correa was born in Ecuador, but moved to Miami aged 10. He races under the American flag.

He was signed as a member of the Sauber Junior Team this year and as a result the Swiss company’s F1 team — now rebranded Alfa Romeo — organised a test of a 2013 F1 car just seven days before the accident in Belgium.