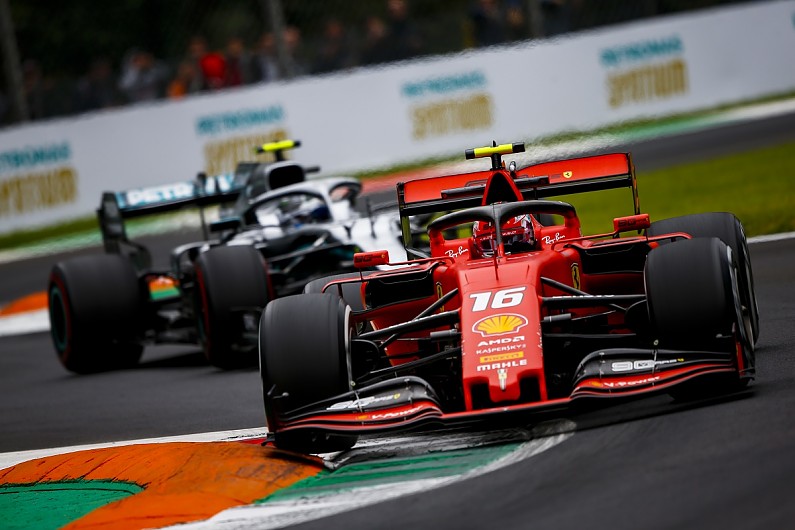 Ferrari is the pre-event favourite for its home grand prix, but Leclerc only marginally beat Mercedes’ Lewis Hamilton to the quickest time in Friday’s rain-hit second practice session.

Leclerc topped both of the 90-minute sessions but is not convinced that form is “the real picture of everything” because Mercedes’ fastest FP2 times came when the track conditions were not at their best.

“It’s a good day of course, first and first, but I believe it looks better on paper than it actually is,” said Leclerc.

“In FP2 they didn’t have the chance to do the lap time when the conditions were at their best, and they did a very strong lap time when it was raining a bit.

“I expect them to be very strong tomorrow.

Championship leader Hamilton said it was “surprising” to be so close to Ferrari in practice after he lapped just 0.068s slower than Leclerc in FP2.

In his review of Friday’s running, Mercedes trackside engineering director Andrew Shovlin’s view backed up Leclerc’s theory that Mercedes had more to unleash. 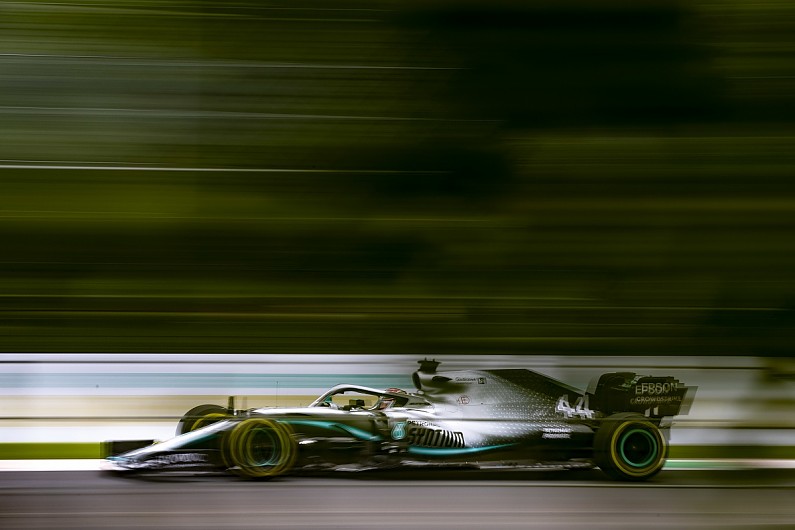 “We didn’t want to take risks with the car in the wet, so stayed in the garage for most of the first session,” said Shovlin.

“In the second session, we were late going onto the softs so missed the best window with the track.

“Apart from missing some running, the day has been pretty good.

“We were a long way off the Ferraris in qualifying last week, and it looks a bit better here although the same trend is evident where we are losing on the straights and gaining in the corners.

“Red Bull and Ferrari have both made significant gains in single-lap pace over the last few races, and now qualifying is often our most difficult session.

“We don’t expect tomorrow to be any different. Hopefully, we’ll be able to challenge for pole but we don’t expect it to be easy.”

Leclerc’s team-mate Sebastian Vettel was two tenths off the pace with the third-fastest time in FP2, but felt he could find more performance “with a bit more comfort and confidence”.

Asked why he felt Ferrari was not in the clear on a circuit where it looked much stronger on paper, Vettel replied: “The others are quick. Mercedes is not sleeping.

“I don’t know which paper you had, but we didn’t have the same paper.”

One key factor in Friday practice was Leclerc did not get a proper tow on his best lap, whereas Hamilton did.

Asked about how Ferrari could strategically play qualifying to ensure its drivers get a good tow, Leclerc said: “I don’t think we will sacrifice any car for the good of the other.

“We’ll try to do the best team job possible, and then see what happens.”

Renault lacked “force” to make most of £15m investment in F1 team
Video: F1 teams that need to improve in 2020
Ferrucci switches cars for 2020 IndyCar season
Hyundai expands junior driver programme into WRC
Ducati rider Petrucci’s 2019 MotoGP ambition was cause of his slump