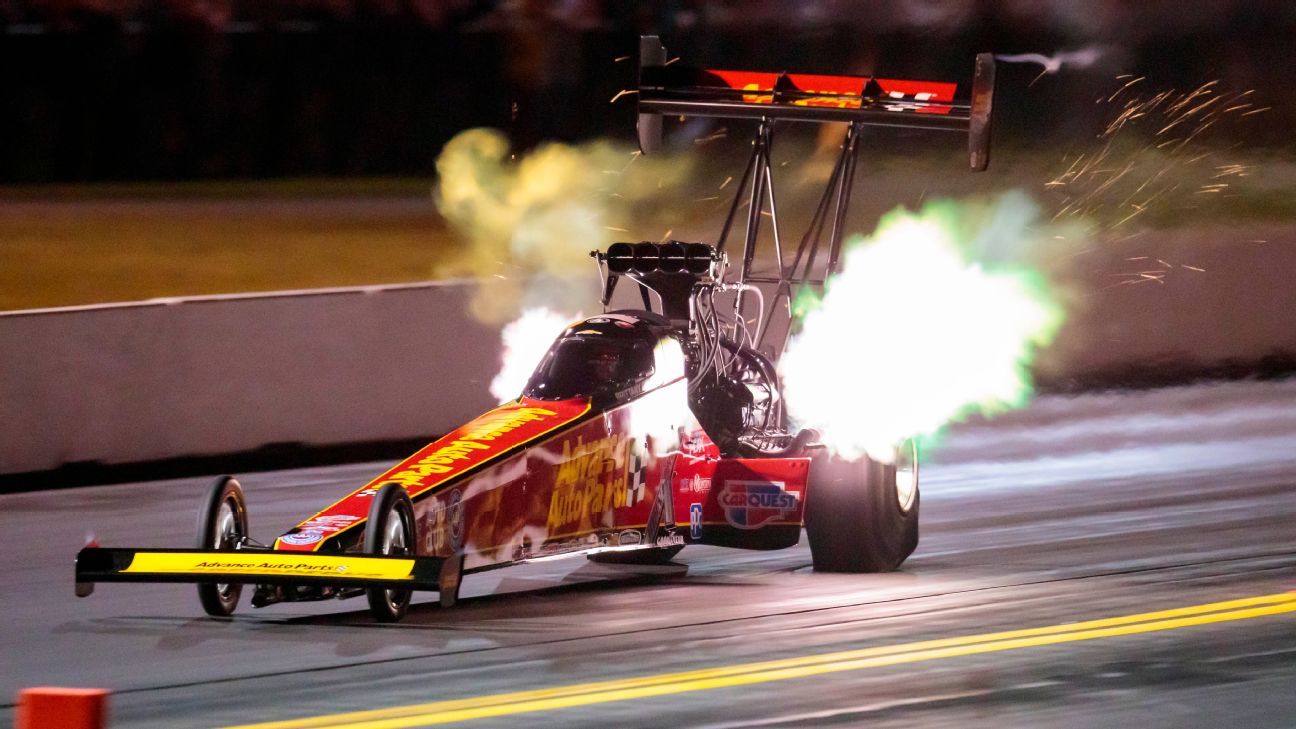 Force had a 3.623-second pass at 331.61 mph at Maple Grove Raceway in the first race of the NHRA Countdown to the Championship playoffs.

Ron Capps topped Funny Car qualifying, Erica Enders was the fastest in Pro Stock, and Angelle Sampey led the Pro Stock Motorcycle field, marking the first time three women have been No. 1 qualifiers in an event in the four professional divisions.

“That run was just outstanding,” Force said. “I knew before I even got into the car. In the staging lanes [crew chief David] Grubnic jumped in the tow car with me and had a conversation with me about what the plan was. What we were going to do and how we were going to set a record. He told me to hang on and get the car down there. That surprised me. I didn’t think a .62. I didn’t ask him for a number, but he said if we get down there, it’ll be an awesome run and we’d break some records.”