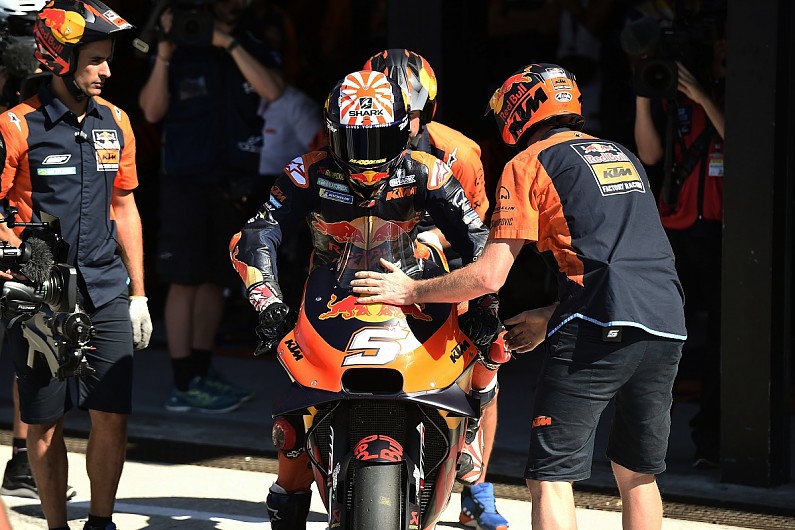 KTM has dropped Johann Zarco from its MotoGP line-up effective immediately, replacing the Frenchman with test rider Mika Kallio for the rest of the 2019 season.

Zarco, who joined the Austrian manufacturer on an initial two-year deal ahead of the current campaign, has struggled to adapt to its RC16 bike and was granted the request to terminate his deal a year early – which was announced on the Monday following the team’s home race at the Red Bull Ring.

However, KTM has now accelerated Zarco’s exit from its factory MotoGP roster, citing “realigned priorities” in terms of the development of the RC16.

“We have to make decisions to ensure that we use our resources in the best possible way and we are currently in a positive direction with our MotoGP structure,” KTM motorsport boss Pit Beirer said.

“We firmly believe that Mika can help us in this stage thanks to his knowledge and background.

“It is paramount that we verify our testing results in real race conditions to start our 2020 season in the best position.

“Mika has proved his ability on the RC16 and we are happy that he joins the line-up as a racer again.

“There is no doubt that we will focus on a new configuration with the #82 bike while fighting for points in the last races of the championship.” 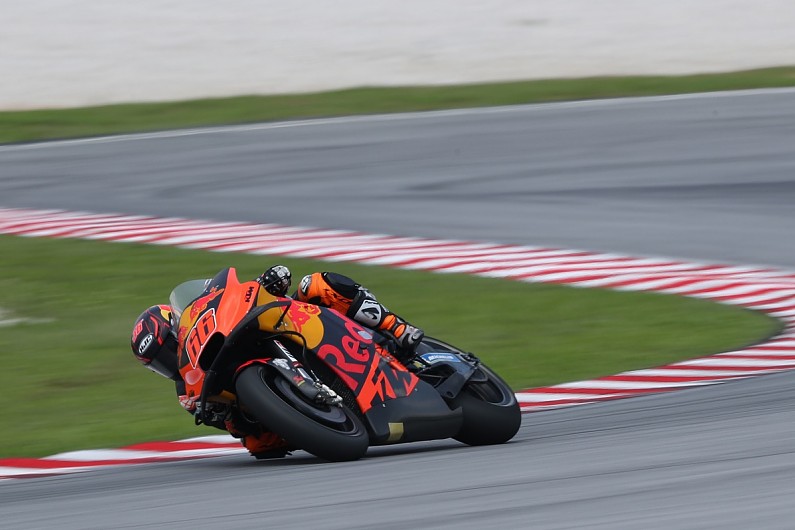 Zarco, who finished 11th last time out in the San Marino Grand Prix, confirmed during the Misano weekend that he was being phased out of the development process of the RC16.

The Frenchman is yet to firm up a programme for 2020, but says he’s been closing in on a MotoGP test rider role, with the prospect of making wildcard outings being of paramount importance.

“We want to express gratitude to Johann for his effort since he joined our ambitious project in November last year,” Beirer continued.

“We now have to think of the future and are making this step accordingly. KTM will continue supporting him until the expiry of our contract at the end of the 2019 and we truly wish him all the best for his future.”

Kallio, who has had five MotoGP race outings with KTM after joining the nascent project as a test rider in 2015, will now contest the six remaining races of the current season.

KTM is yet to confirm Zarco’s full-time replacement for 2020, and has repeatedly stressed it is in no rush to make a decision – with Kallio and former rider Bradley Smith known to be among the candidates.