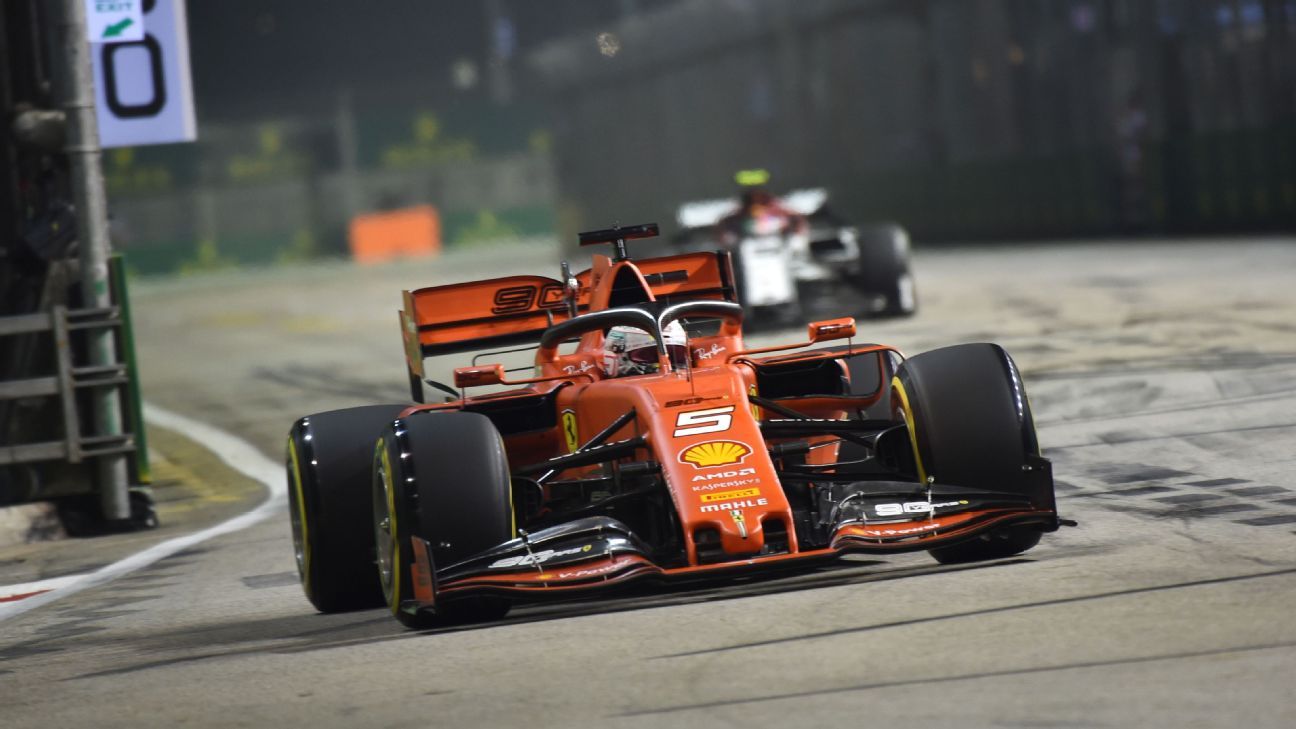 SINGAPORE — Formula One can take a significant step towards creating a level playing field simply by emulating one aspect of how the NFL and NBA run their leagues, says Racing Point team boss Otmar Szafnauer.

Mercedes, Ferrari and Red Bull have combined to win the past 132 races, while Lewis Hamilton and Sebastian Vettel have together claimed all but one drivers’ championship this decade.

“How about this for an idea? Where you finish in the championship, you’re allowed a little bit more aerodynamic development the following year,” Szafnauer said. “So a top team gets nothing and the last team gets 10 percent more.

“You’ll still have the cost cap and it brings the field closer together. It’s no different to the NFL or the NBA where the worst team gets the best player coming out of college, so why not do that here? There’s got to be a formula out there where you can bring everyone together based on where they finish.”

Discussions around the 2021 sporting regulations are currently taking place and Szafnauer says he received some positive feedback when he pitched the idea to the other nine team principles earlier in the year.

“I proposed it a while ago and a lot of people liked it,” he added. “But for this to happen we need unanimous agreement. It’s hard to get unanimity in Formula One. We have to make sure we make good decisions for the sport and not for our own selfishness.”

Another change Formula One is looking into is the idea of running qualifying races on Saturday as opposed to the traditional three session format.

According to Szafnauer, the proposal was “to start in reverse championship order,” but he’s far from convinced it will make for an exciting race.

“If you go in reverse champion order, the guy in front of you is only marginally slower than you,” Szafnauer said. “The fastest guy, or the guy leading the championship, is at the end and a guy probably in a car just like him is just in front, and so on up the field.

“Sometimes if you get a penalty or screw up in qualifying, you start at the end and it’s fun to watch them come through the field. This isn’t going to be like that because if you put the fastest guy at the back, then the guys around him aren’t the slow guys anymore. I don’t know how that’s going to pan out after 25 laps, it will be different.”