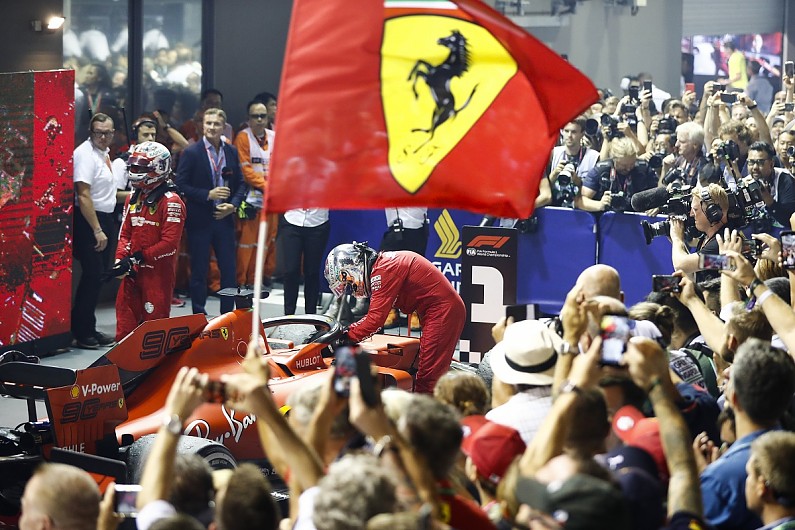 Sebastian Vettel believes winning the title is the “only way for Ferrari to be back” in Formula 1, even if that is a “very harsh judgement” given its recent form.

Ferrari has won the last three grands prix of the season, following up its expected successes in Belgium and Italy with a surprise triumph on the streets of Singapore.

Though this run has come too late to salvage Ferrari’s season after a run of near-misses over the first half of 2019 handed Mercedes a near-unassailable advantage, it has breathed new life into the Mattia Binotto-run team and galvanised it ahead of ’20.

Vettel said: “I’ve been around for a while now with Ferrari and I think there’s only one way for Ferrari to be back which is when we win the championship.

“That’s a very harsh judgement but that’s what it is, that’s the reality.

“We’re working very hard on that. I think this year will be very, very difficult to turn things around with the current form that Mercedes has for the last 15 races or 14 races.

“We keep fighting because anything we learn this year will help us next year, so the bits we brought here [to Singapore] obviously are positive in terms of also looking to next year’s direction and development.

“But we need more. We want to be the best team, which currently we are not.

“The last races have been good for us, so that’s great for our self-confidence inside the team and for everyone, but there’s still a lot of work ahead of us.”

Vettel’s win in Singapore ended a drought stretching back to the 2018 Belgian Grand Prix and completed a hat-trick of victories since the summer break for Ferrari, kickstarted by Vettel’s team-mate Charles Leclerc.

Despite that, errors from Vettel, Leclerc and the team across the season mean Ferrari trails Mercedes by 133 points in the constructors’ championship. 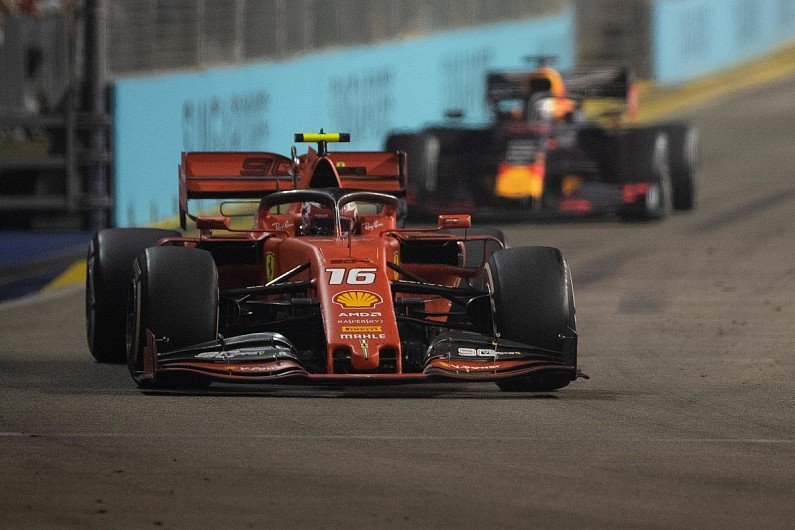 “It will be difficult [to end the season] because I’m pretty sure that the other teams will bring some upgrades too in the next few races,” said Leclerc.

“But it’s looking good. We’ve had two opposite characteristics of tracks in the last three weeks and we’ve been quick in both of them.

“It was quite a big surprise for us, but for everyone, to be quick on a high downforce track like [Singapore].

“It’s a good thing and I hope it’s a good sign for the future.”

Ferrari is not expected to be as competitive in this weekend’s Russian Grand Prix, which will be a litmus test of whether its upgrades have truly brought it level with Mercedes and Red Bull in cornering performance.

Team principal Mattia Binotto said: “If I look at the first half of the season, there were races where we could have won, and we were performing well.

“So there is no reason why we cannot do it in the next races.

“The car has improved, so eventually there are even more races where we can be fast.

“Our competitors will be very strong in some circuits, and sometimes it will be their time. “This time it has been ours.”