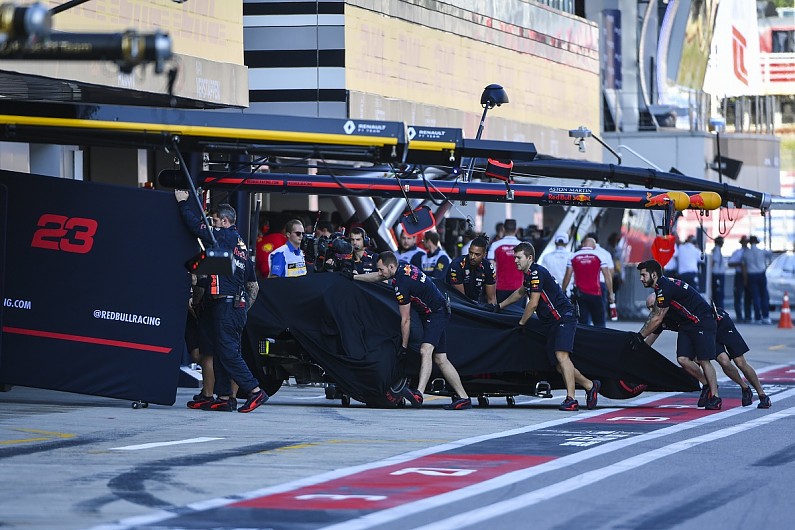 Red Bull Formula 1 driver Alex Albon says a gust of wind was to blame for the spin that caused his crash in qualifying for the Russian Grand Prix.

Albon spun backwards into the wall at Turn 1 early in the Q1 session at Sochi, bringing out the red flags and meaning he was left as the slowest of all the drivers who attempted to set times.

“I got caught out a bit with the wind,” said Albon.

“It was tricky out there, and yeah, just went in a bit deep.

“I thought I’d get away with it, or else I’d have aborted the corner and gone to the escape road.

“But I kind of tried to stay on, keep the corner let’s say, and yeah, just lost the rear.

“With a tailwind through there, it’s not easy and the wall’s very close on the exit. Unfortunately that was that.”

Albon’s reckoned there was a chance of qualifying in the top six despite his apparent struggles so far at Sochi.

“I think it’s fair to say all weekend I haven’t been that quick, but it was getting better,” he said.

“In qualifying we started to really understand the car and the pace was actually not too bad – although that’s hard to say when you only do half a lap. 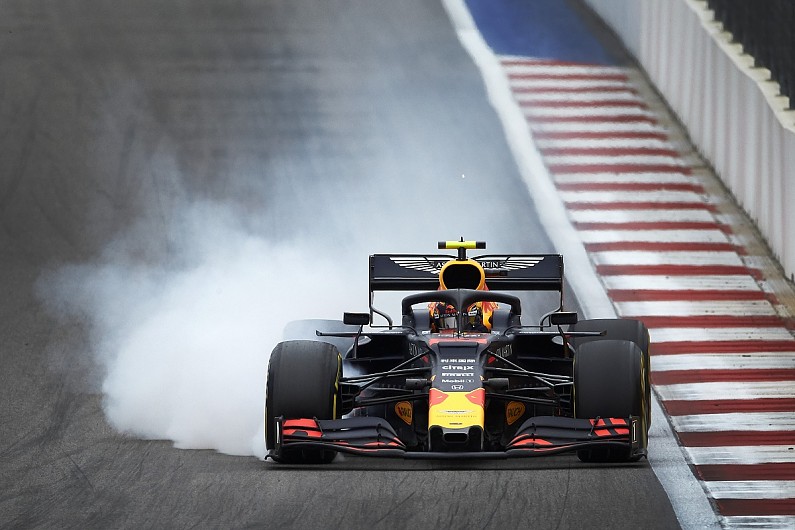 “The feeling was there.

“Where Max [Verstappen] was, I think that was really it.

“I would like to be near [Valtteri] Bottas but you never know.”

Asked if he felt the mistake added pressure on him as he bids to convince Red Bull’s bosses to keep him for next year, Albon said: “I wouldn’t say I’m under pressure for the seat, to me it’s just a chance more than anything else.

“Making a mistake is not helpful, just in terms of making a mistake, but yeah, I’m more disappointed in the result of crashing more than anything else.”

Team-mate Max Verstappen qualified fourth fastest but will start ninth thanks to an engine change penalty.

He reckons that Red Bull could not have done much better, with Ferrari having such a big advantage on the straights.

“We were just losing too much time as well on the straight compared to Ferrari,” he said.

“Yesterday, we were at the same pace on the straight and today we lose over a second.”

Asked if he felt he was outperforming the car at the moment, based on the struggles that his team-mates have faced, Verstappen said: “I think I’m definitely on top of the car, I think I really get everything out of it.

“To comment on their performance [Albon and Pierre Gasly]. I’m not them, but from my side I just try to push as hard as I can, I try to be as close as possible to Mercedes and Ferrari as I can be.

“We know some tracks are a bit better than others, but I think in general we are still lacking in general compared to the top two teams.”