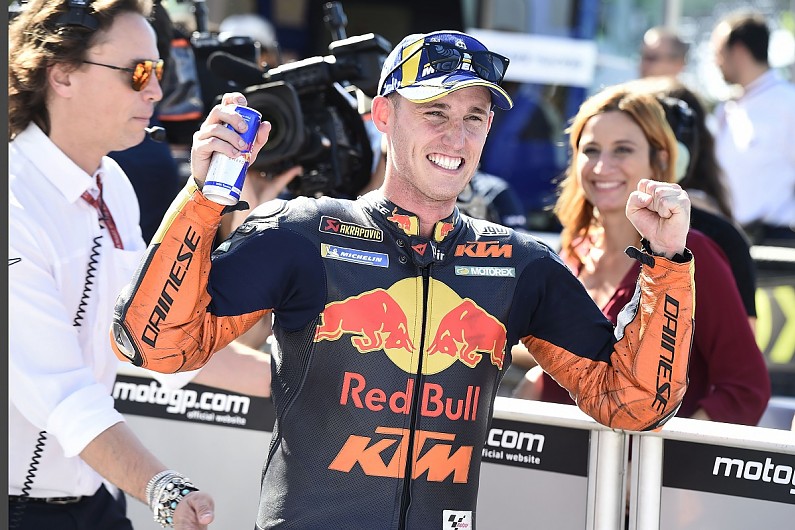 Espargaro crashed heavily in the fourth free practice session during the Aragon round, and was forced to sit out the rest of the weekend while he promptly returned home to Barcelona to have surgery.

In his absence, KTM only scored three points at Aragon courtesy of a 13th-place finish for Tech3’s Miguel Oliveira.

Having undergone surgery just 10 days ago, Espargaro was declared fit at the Buriram circuit on Thursday ahead of the 15th round of the season.

“It’s been a very long week at home for me, training and getting ready with this injury,” said Espargaro.

“It was my main target to race here in Thailand, but [it was possible after] the hours of physical therapy, cryotherapy, magnetic therapy, lasers, I have done with all the machines.

“It was like 24 hours rehabilitation; when I was sleeping I was using the magnetic therapy. So I couldn’t do anymore at home.” 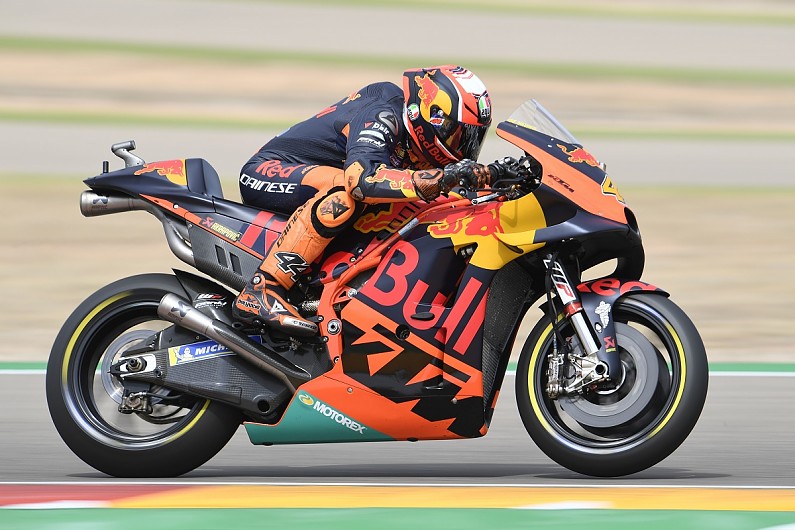 Espargaro revealed he had a plate inserted into his wrist, and that he insisted on riding at Thailand to continue development of the KTM as he believes that’s what the Austrian marque’s efforts “deserve”.

“I have 14 stitches, so they have opened it quite a lot and they have put a plate in,” he added.

“The plate is quite big as well, but it was the only way to fix the injury.

“The fracture was clean, it was not with movement, so it was very clean and nice. Anyway, to be here so fast, I had to [have a] plate put in.

“I didn’t want to rest at home even if maybe it was better for my injury. I want to race, I want to continue developing the bike and continue helping KTM.

“They deserve [that] because they put a lot of effort into this project and they need [my help with development].

With five races to go, Espargaro is 11th in the standings with 77 points, having already collected 26 more than he did last year.