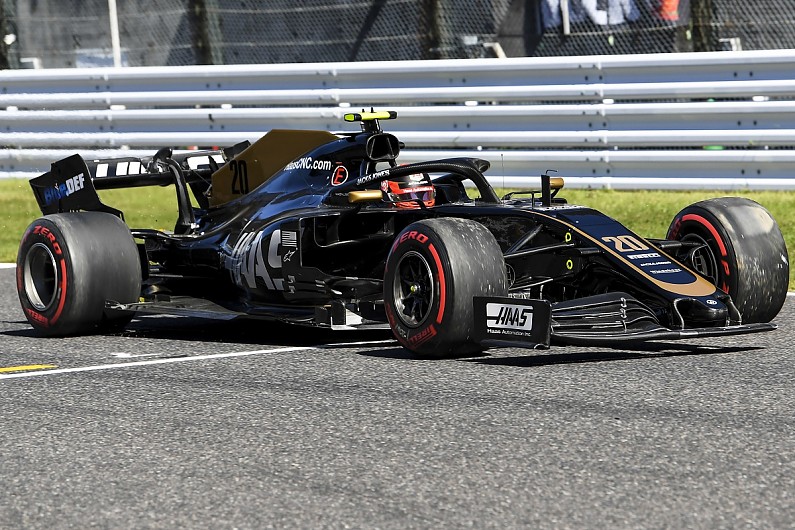 Haas Formula 1 driver Kevin Magnussen says he “showed everyone what not to do” with his “quite embarrassing” qualifying crash, which preceded a Japanese Grand Prix that “went south”.

Magnussen was eliminated early in qualifying on Sunday morning when he lost the rear of his car on the exit of the final chicane and crashed through the kink before the finish line.

Haas repaired his car and fitted a new gearbox in time for the race, which took place just a few hours later because of the unusual schedule at Suzuka enforced by Typhoon Hagibis, but Magnussen finished down in 17th.

Asked by Autosport if the high winds were a factor in his qualifying crash, Magnussen said: “Yeah, I went on the power and had full throttle, and then suddenly I got wheelspin and spun around, which was unfortunate and quite embarrassing really.

He added: “It was still an issue [in the race] but at least you know what to expect.

“This was on the first lap and I just didn’t expect to get such a big gust of wind there right in the tail.

“I showed everyone what not to do.”

When asked to talk through the race, Magnussen said he was “fairly happy” to move up from 19th and run as high as 11th. 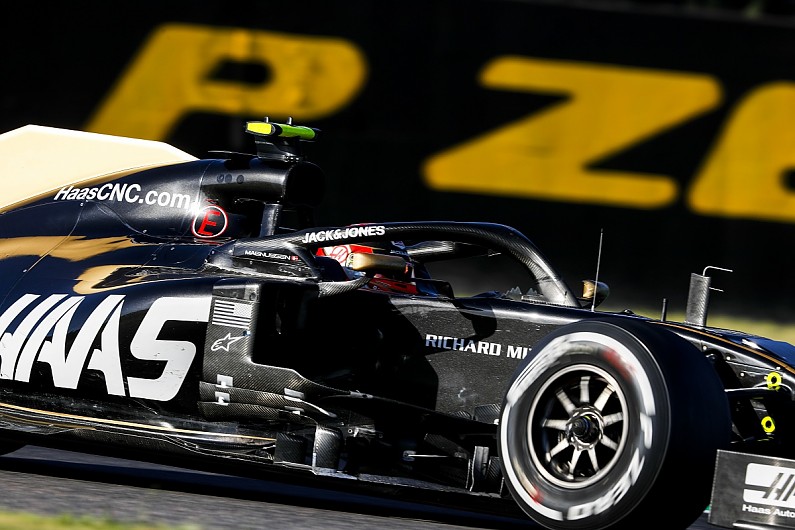 However, after just two points finishes in 12 races and only four all season, Magnussen was left to rue another missed opportunity of a grand prix.

“It just didn’t work out with pitstops and strategy,” said Magnussen, who was among the earliest scheduled stoppers and switched to hard tyres but had to pit again five laps from the end.

“It wasn’t terrible in terms of tyres and pace, not like previous races where we’ve been hopeless because of whatever.

“If we hooked everything up, and I started where I should have and got as good a start as I did, then I would have been in a much better position and probably with a better pitstop and strategy we could have scored points.