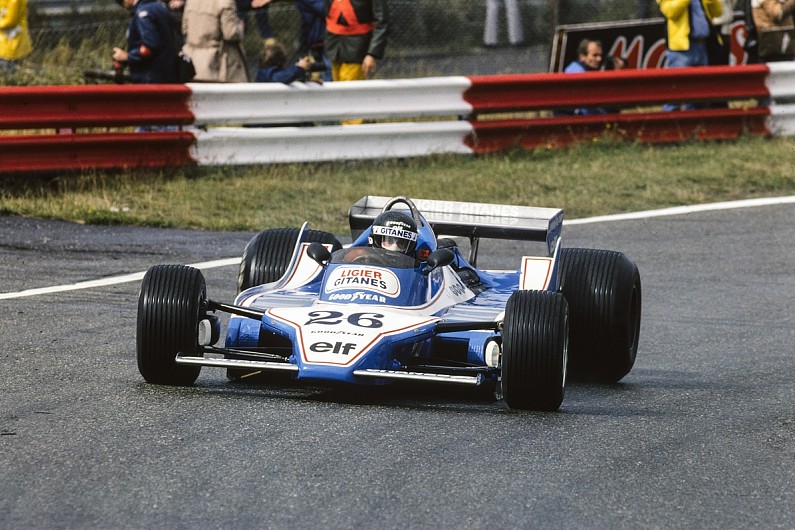 The Ligier JS11 was one of the most competitive cars of Formula 1’s early ground effect aero era, winning three races and showing championship-winning potential.

Part of its success was down to an “illegal secret” spotted by legendary technical illustrator Giorgio Piola.

In this video, Piola explains the story of how he discovered Ligier’s hidden “clapet” valve system, recounting a run-in with designer Gerard Ducarouge, and how the device helped the team explore the world of ground effects.