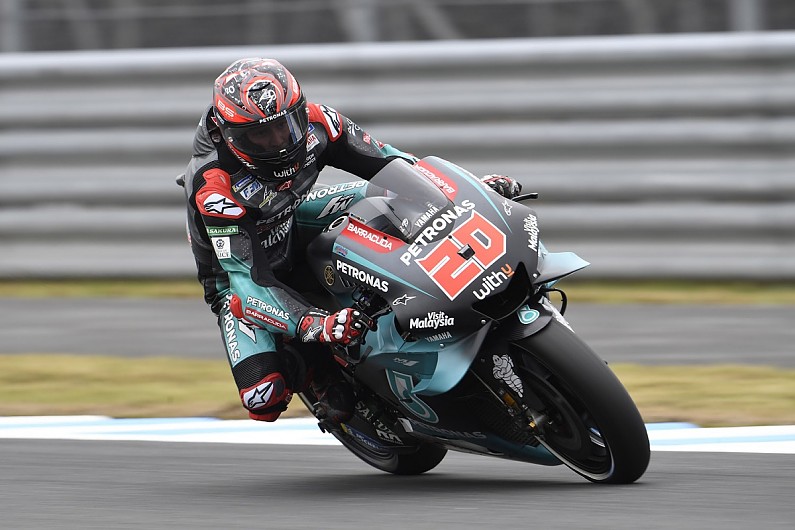 Petronas SRT Yamaha’s Fabio Quartararo set the pace in the Friday afternoon MotoGP practice session ahead of the Japanese Grand Prix ahead of Maverick Vinales.

Newly-crowned six-time world champion Marc Marquez’s FP2 programme was slightly delayed because his team mistakenly put on a hard rear tyre at the start of the session, but he swiftly took the lead when he rejoined with a soft rear.

He held a sizeable advantage over the field in the first half of the session, before Ducati factory rider Danilo Petrucci managed to go slightly faster with a 1m45.686s with 22 minutes remaining.

Petrucci stayed ahead until the dying stages when his team-mate Andrea Dovizioso outpaced him by seven hundredths, before FP1 pacesetter Vinales went half a second quicker on the works Yamaha.

Vinales’s top time was eventually smashed by Quartararo as the session ended, the rookie setting a 1m44.764s before going off into the gravel at Turn 1.

Behind Vinales and Marquez, Dovizioso was the top Ducati in fourth but over six tenths slower than Quartararo. 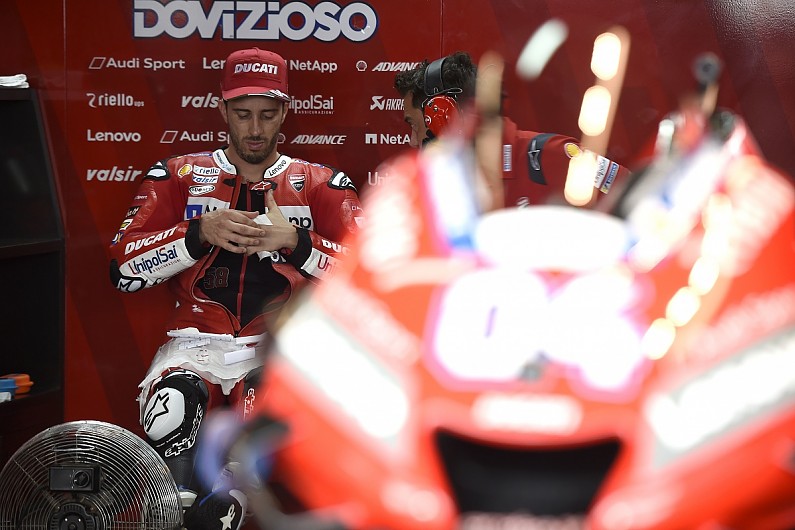 Vinales’ team-mate Valentino Rossi left his fast lap to the dying stages of the session, but was able to snatch fifth, with SRT’s Franco Morbidelli bringing a fourth Yamaha into the top six.

Pramac’s Jack Miller led the works Ducati of Petrucci in seventh, despite the former’s session ending with a crash at Turn 9.

Joan Mir was ninth as both he and 11th-placed Suzuki teammate Alex Rins, who doesn’t have an automatic Q2 spot at the moment, had off-track excursions during the session.

Aleix Espargaro put his Aprilia 10th, beating Rins by 0.009s, currently securing him a place in Q2 with Saturday’s crucial FP3 session set to be hit by bad weather.

Marquez was the only Honda in the top 10, with Cal Crutchlow, Takaaki Nakagami and Jorge Lorenzo only taking 12th, 15th and 17th respectively.

Tech 3 KTM rider Miguel Oliveira suffered a fast crash at Turn 12 midway through the session, but walked away unscathed despite a violent roll through the gravel.