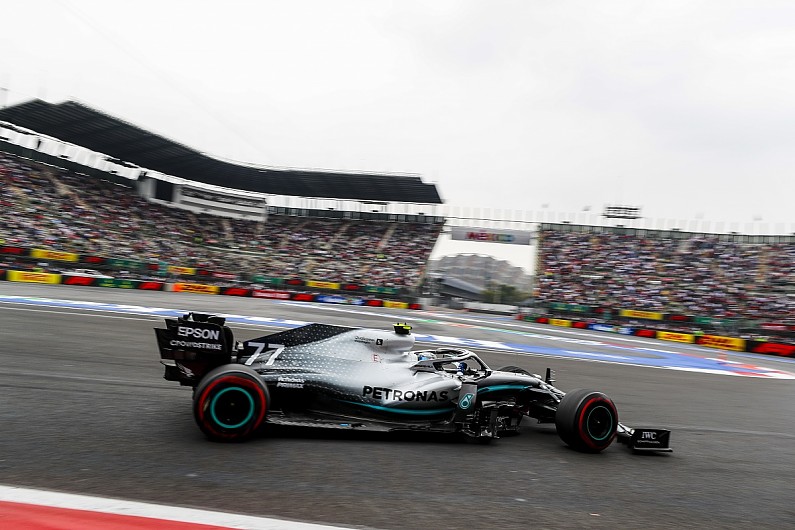 Mercedes Formula 1 driver Valtteri Bottas says the gap to rival teams Ferrari and Red Bull in Friday practice at the Mexican Grand Prix was “bigger than we expected.”

While Ferrari’s Sebastian Vettel edged Red Bull’s Max Verstappen by a tenth to end Friday as the pace-setter, Bottas was six tenths off the pace in the quicker of the two Mercedes cars.

Mercedes was defeated in the past two F1 races at the Autodromo Hermanos Rodriguez, and the team came into the weekend expecting the grand prix to be “the most difficult” of the 2019 season’s remaining races.

When asked if the Friday gap to rival teams met expectations, however, Bottas said: “It’s bigger than we expected at this point of the weekend. But it’s hopefully not a miracle [for us to] find some gains.

“It was pretty slippery today out there, especially the first session was very tricky, with the oversteer-y balance of the car.

“Felt a lot better in the second practice, actually not a bad feeling, but still I think we were lacking a bit of a grip. 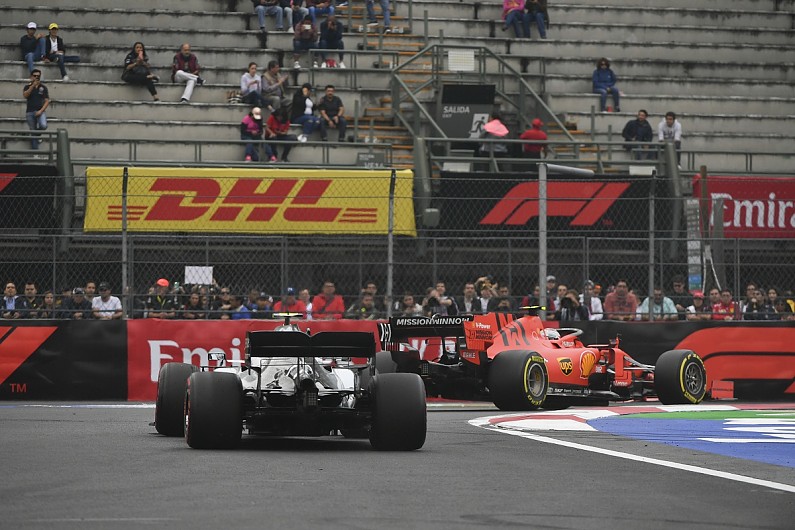 “Both Ferrari and Red Bull seem to be performing well on this track so far, but as always, it’s only Friday and there’s usually lots of things we can do a little bit better next day, just need to work hard tonight.”

Teammate Lewis Hamilton produced an inverse showing, as he had set the pace in the cooler conditions of FP1, but couldn’t match his laptime in the afternoon.

Having ended FP2 a distant fifth with a “not spectacular” fastest lap, Hamilton described his Friday as “not a great day”, albeit adding: “This is how it usually is for us anyway here.”

“We’ve not had any particularly major dramas, it’s just [about] trying to understand these tyres,” Hamilton continued.

“It was cool in the morning and then a bit warmer in FP2 – and from the short run to the long run, it’s just hard to pinpoint exactly how to get these tyres working. But that’s the name of the game.

“I think we’re not massively far off the Red Bulls, but the Ferraris, they just keep turning up their engine down the straights, the difference between us and them is massive down the straight line. I think between [them and] the rest of the drivers as well.”