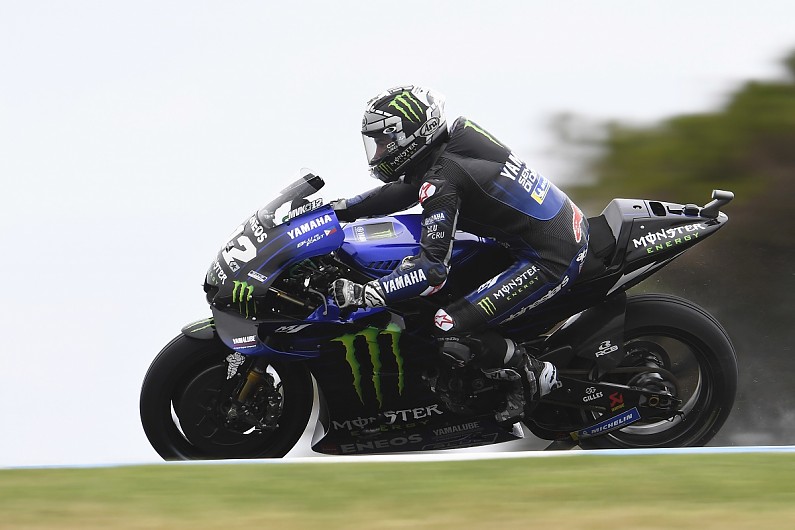 Only four riders had set a time in the first 20 minutes of the session, with the quickest lap more than seven seconds slower than Friday’s benchmark.

Mika Kallio and Pol Espargaro broke the silence by venturing out on track with 23 minutes on the clock, but both returned to the KTM garage at the end of their out-laps, neither opting to set a flyer.

Suzuki’s Joan Mir did a similar abortive run and it wasn’t until the final 10 minutes before more timed laps were set, with Marc Marquez leading.

Marquez immediately bettered Zarco’s previous time of 1m35.628s, and then lowered the benchmark further to 1m31.577s.

The Honda rider pitted with just over a minute to run, allowing Vinales to snatch the fastest time with 1m31.338s – ensuring he topped the leaderboard for a third consecutive session at Phillip Island.

Espargaro ended up third fastest behind Marquez, nearly 1.5s off the pace, while Zarco was fourth for his new team LCR Honda after improving to 1m33.630s in the closing stages of the session.

Petronas SRT Yamaha’s Fabio Quartararo returned to the track for the first time since his heavy crash in first practice and set the sixth-fastest time, but it wasn’t enough to earn him an automatic berth in Q2.

Kallio was seventh quickest aboard the second factory KTM, ahead of Alex Rins, Franco Morbidelli and Francesco Bagnaia – who completed the top 10.

Avintia’s Karel Abraham and LCR Honda rider Cal Crutchlow were 11th and 12th respectively, with the remaining 10 riders not setting a timed lap due to tricky conditions.

The session was red-flagged early on when Jack Miller’s pitboard was bizarrely blown away by heavy wind, falling on the start/finish straight.

With times more than three seconds off Friday’s pace, there was no change in the overall classifications, meaning both Quartararo and Zarco will have to go through Q1, along with Honda’s Jorge Lorenzo.