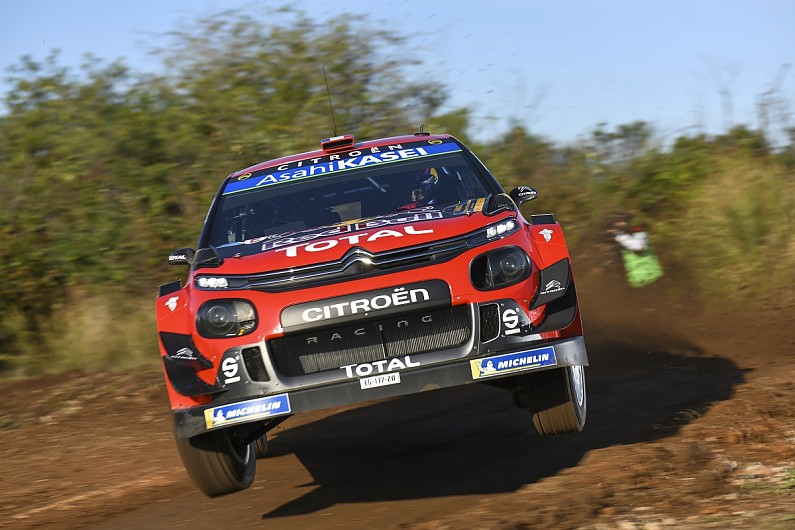 Citroen team principal Pierre Budar has revealed details of the failure that cost Sebastien Ogier his chance to fight for a seventh World Rally Championship title in Spain last week.

Ogier went into the event 28 points behind championship leader Ott Tanak with two rounds remaining and was leading when a hydraulic issue dropped him four minutes on stages two and three.

“The problem for Sebastien was a simple pipe, just some damage to the hydraulic pipe and the fluid came out,” Budar explained.

“The reason he lost the gearshift and the steering is because both run on the same pump.

“It was a pipe itself that was damaged, not a connection.

“It was not stone or rock damage, it’s not clear how this happened and it’s not something we’ve had before.

“It’s a very straightforward and simple pipe that we have used and use on all of the cars for many years without any specific problems, nothing was touching the pipe. We have to understand more on this.”

The team is also investigating the engine fault that ruled Esapekka Lappi’s C3 WRC out on the penultimate gravel stage on Friday.

Ogier was only able to recover to eighth place, and Tanak’s second position and powerstage win allowed him to wrap up the title with a round to spare and halt Ogier’s title streak at six. 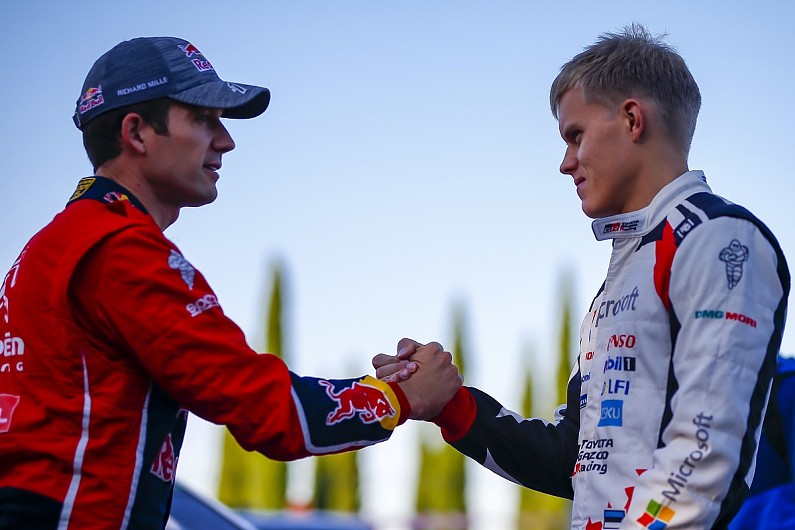 Despite a disappointing weekend, Budar said he was encouraged by the speed Ogier had been able to show on the asphalt stages.

“It’s an improvement from where we were,” said Budar, referring to the squad’s last asphalt start in Germany, where it finished seventh and eighth.

“The work we have done is positive and it’s going in the right direction.”

Ogier was in broad agreement about the improvements on asphalt but still complained about a lack of traction – particularly at the rear of the car – on slower corners.