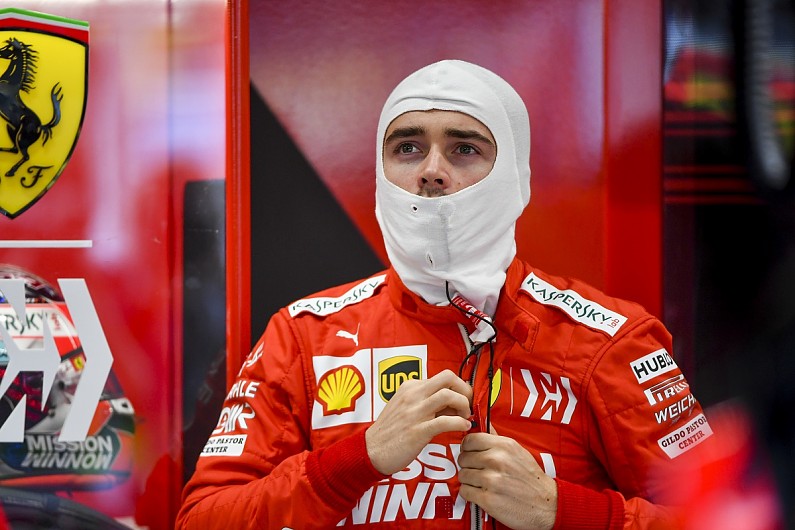 Charles Leclerc has said his Ferrari Formula 1 car was fast enough to top Brazilian Grand Prix qualifying and only a “stupid” mistake on his part prevented it.

Pole position would not have been possible for Leclerc at Interlagos because he was carrying a 10-place grid penalty for a change of internal combustion engine necessitated by his Austin practice oil leak.

He ended up fourth fastest in Q3, so will start 14th.

But he was convinced he could have topped the session so he could “only be angry” with himself for the result.

“I’m very disappointed about my lap in Q3. The first timed lap I think was good enough for pole, or second but very close,” said Leclerc.

“I did a big mistake in the last corner which cost me three or four tenths so it’s completely my fault and I need to learn from this.

“The team did a great job, I think the car was there to to fight for pole at least and I didn’t do the job in the car so I’m disappointed.”

He described his strategy for race day as “full attack mode”. 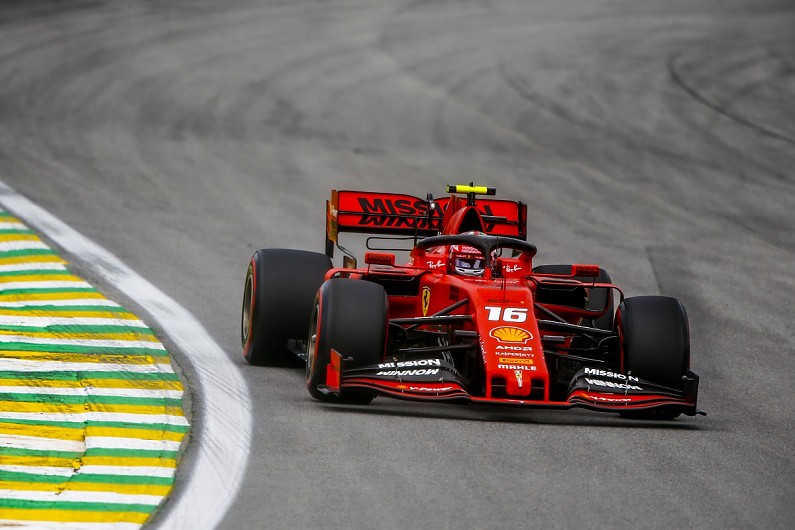 Having got through to Q3 on medium tyres while all the other top team drivers used softs, Leclerc can at least start the race on an alternative strategy.

“We’ll be starting on a harder compound than the top 10 so hopefully we can take advantage of that and come back through,” he said.

“Only time will tell but I will give it everything. I’ll try to be as aggressive as I can in the first few laps, which will be very important, and then hopefully the pace will help us to come back further up in the standings.”