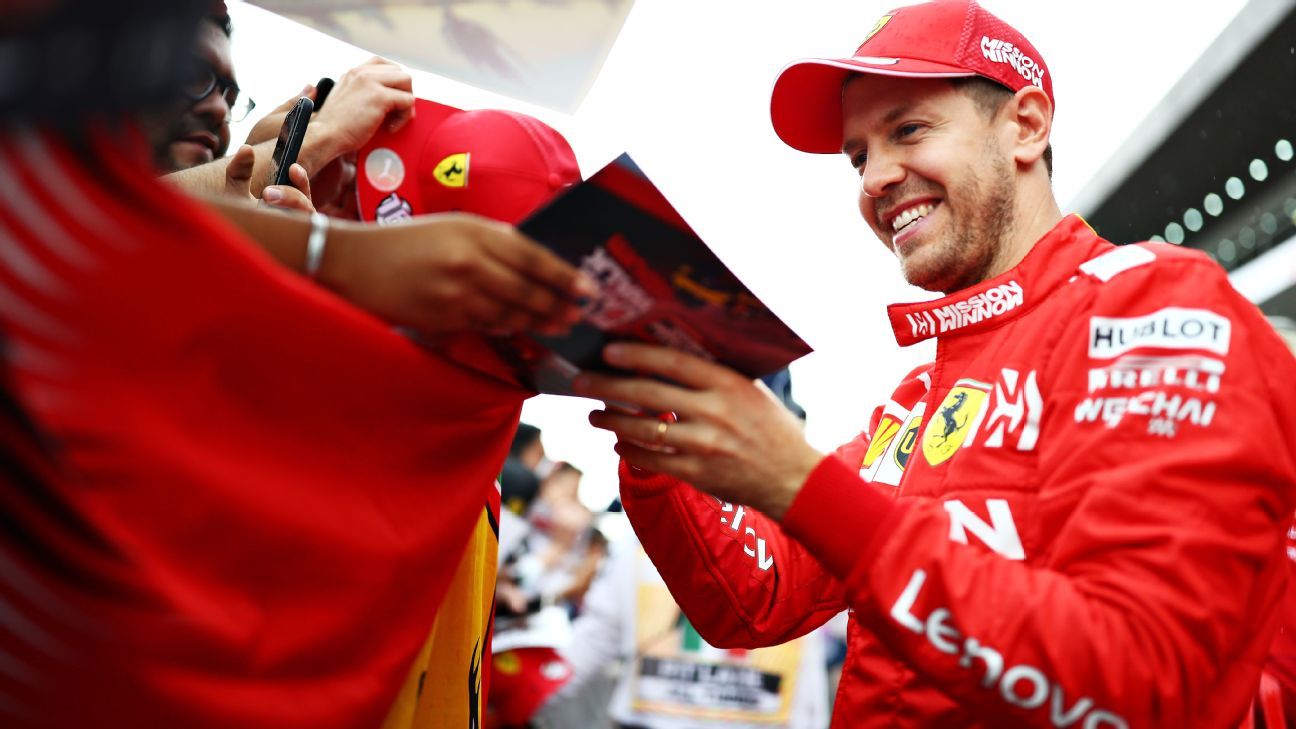 YAS MARINA, Abu Dhabi — The Formula One paddock is a busy place that hosts a lot of serious business over a race weekend, but this blog will aim to bring you some of the more colourful moments from the Spanish Grand Prix weekend.

A new Vettel in the world

Sebastian Vettel was absent from media day on Thursday ahead of the race, having welcomed his and third child into the world this week. Vettel, the only driver on the grid without any social media presence, is famously guarded about details of his private life, with the names of his two daughters never published. Vettel and long-time girlfriend Hanna were married in a private ceremony last year.

The news means Vettel skips what could have been a tense appearance in the Thursday press conference alongside Ferrari teammate Charles Leclerc. The pair collided in the closing stages of the Brazilian Grand Prix and both hinted the other was to blame – both were called to Ferrari’s HQ in Italy to explain their actions between the races.

Notoriously stubborn and prone to wondering off, camels and F1 drivers may have a thing or two in common.

To find out, Red Bull invited media and its two drivers, Max Verstappen and Alex Albon, to take part in a day of camel polo in the Arabian desert. The media were split between the two teams, given jodhpurs and, after a minute-long briefing on the rules of the game, invited to mount their camels to go head to head over four seven-minute “chukkas”. Albon’s team went 2-1 up in the first chukka, but it was downhill from there as Verstappen’s team took hold of the game to win 9-4.

There was a scare soon after half time when Verstappen’s camel stopped and knelt down in the middle of the pitch. Fortunately, the animal was uninjured and it was, in fact, Verstapppen who had strained a muscle in his upper leg as he overstretched reaching for the ball with his mallet. Despite being subbed off for ex-F1 driver Johnny Herbert, Verstappen had fully recovered by Thursday’s media day in the Abu Dhabi paddock.

This article will be updated throughout the weekend…