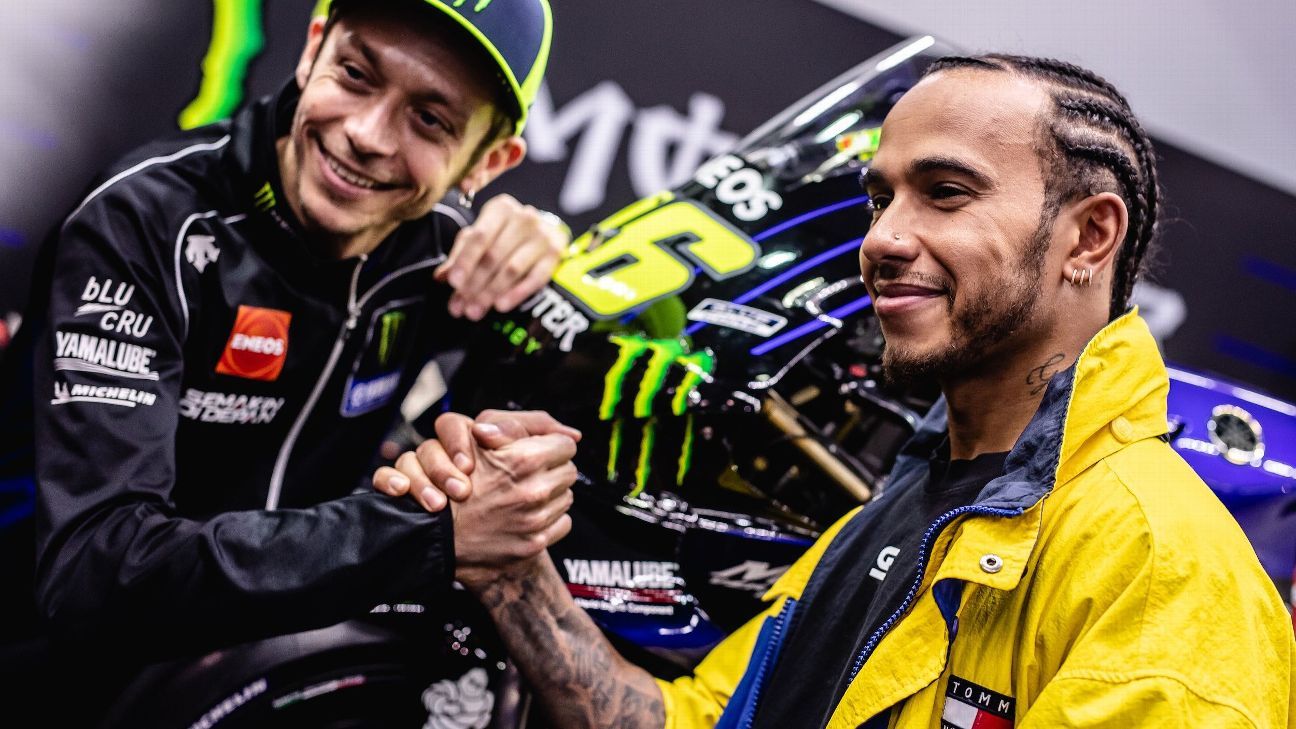 Moto GP legend Valentino Rossi has been in the Mercedes factory this week getting a seat fitting for a currently undisclosed event with the world champions.

Rossi, a seven-time Moto GP champion, and Lewis Hamilton are set to trade wheels on December 9 in an event organised by mutual sponsor Monster Energy.

Speaking of the car swap earlier this month, Hamilton said: “Just being on the same track at the same time as Valentino is going to be very, very surreal, and a real honour, because he’s such an icon in the sport, and he’s done so much. It’ll be cool to see him in my car as well.”

Rossi is no stranger to F1 machinery. The Italian driver enjoyed several impressive tests for Ferrari in the early 2000s. So impressive, in fact, that many tipped Rossi to follow the example of John Surtees in switching from two wheels to four, but the swap never materialised.

Hamilton has also dabbled with Moto GP equipment, testing a Yamaha at Jerez a year ago.

Lawrence Stroll, the owner of the Racing Point team and father of F1 driver Lance, is leading a consortium looking to purchase a significant stake in Aston Martin, according to Autocar and RaceFans. Stroll is estimated to be worth $2 billion.

Some reports have suggested Stroll’s acquisition could lead to a rebrand of the Racing Point team to Aston Martin, but the Canadian has plenty of business ventures — including Pierre Cardin, Ralph Lauren, Tommy Hilfiger, Asprey and Garrard — not tied up in Formula One. Aston Martin also has a close link with Red Bull and plans to enter the 2021 World Endurance Championship with the Valkyrie hypercar it designed in partnership with the former world champions.

Teams will not be allowed to hide their cars in secrecy during preseason tests, in order to improve the spectacle for fans.

Usually in the winter teams are keen to hide their cars from rival teams to hide secrets and design philosophies. It is not uncommon to see teams placing screens in front of their garage when a car is between on-track stints. The FIA says the new measure has been brought in to “make these events more appealing for media and fans”.