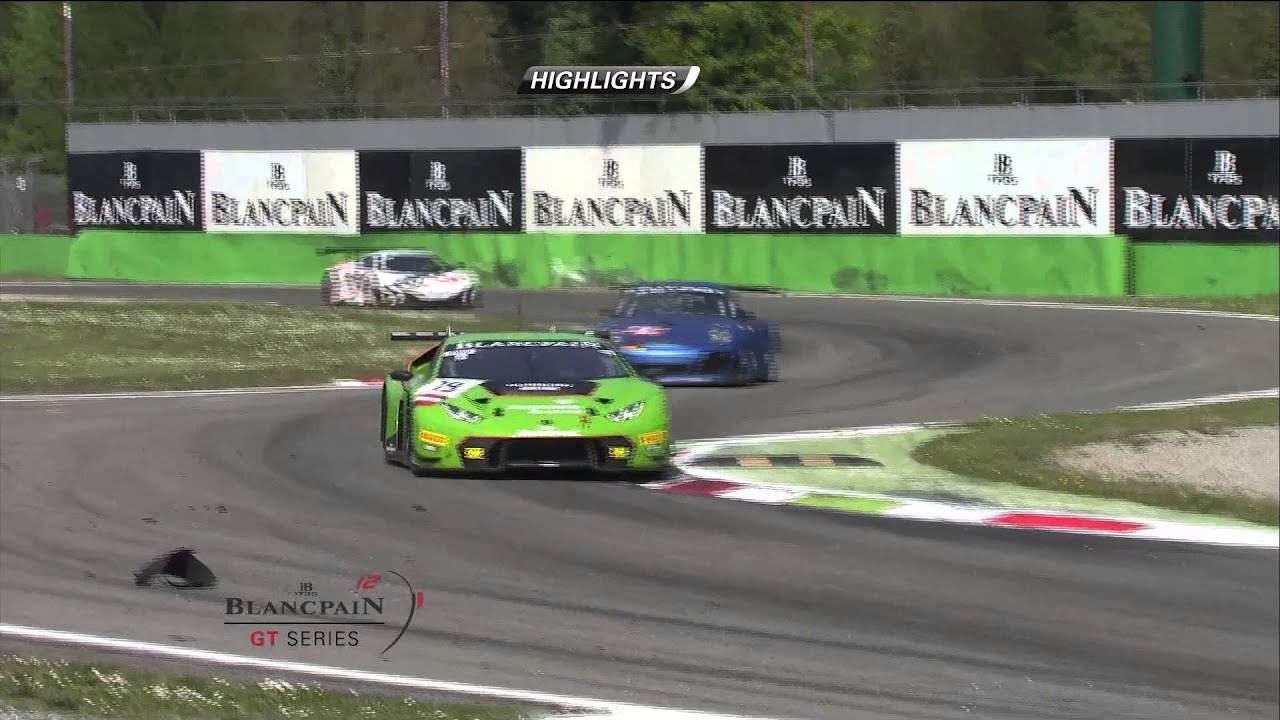 Watch the battle as the greatest GT drivers battle on this legendary ciurcuit.

Watch the highlights of the finest GT racing series in the world from 2015.
The Blancpain GT Series. Iconic cars, tracks and drivers of the 2015 series.

The Official YouTube channel of the Blancpain GT Series.

Watch live races, exclusive driver interviews and all behind the scenes action from the world’s best GT Series.
The Blancpain GT Series is a world class ‘Grand Touring’ competition for homologated GT3 supercars that is organised and promoted by the SRO Motorsports Group.
By bringing the Blancpain Sprint Series and Blancpain Endurance Series under a common banner, the growth of GT racing in Europe continues. Encouraged by the success of the 2014 inaugural season, the Blancpain GT Series will be developed even more in 2015, with new venues like Misano and Moscow. The introduction of prize money in the Blancpain Endurance Series sees a growing number of teams participating in both Endurance and Sprint Series.
For 2015 the Blancpain Sprint Series brings a fresh and exciting look with a three-class structure guaranteed to generate spectacular action throughout the large grids. Titles will be awarded to three different class champions at the end of the season : Overall Classification, Silver Cup, reserved for Silver drivers aged 25 and under and the Pro-Am Cup classes.

The Blancpain Endurance Series continues to be the world’s most subscribed and best supported GT series with upwards of 55 cars racing at legendary tracks like Monza, Silverstone, Le Castellet, Nürburgring and of course the majestic Spa-Francorchamps where the jewel in the crown of endurance GT races takes place at the end of July — the world famous Total 24 Hours of Spa. The number of teams entered in Pro Cup is at an unprecedented high level, competition in the Pro-Am Cup and Am Cup promises to be fierce as well.

Some of the world’s most iconic supercar brands will go wheel-to-wheel in 2015 as Aston Martin, Audi, Bentley, BMW, Ferrari, Jaguar, Lamborghini, McLaren, Mercedes, Nissan and Porsche fight epic battles on some classic tracks. And with new cars from Audi, Lamborghini and McLaren, the Blancpain Endurance Series is sure to attract the interest of numerous race fans. All the cars will be performance balanced with weight and restrictor adjustments to make different makes more equal, thus delivering monumental on-track scraps.

You can catch the following races here live: