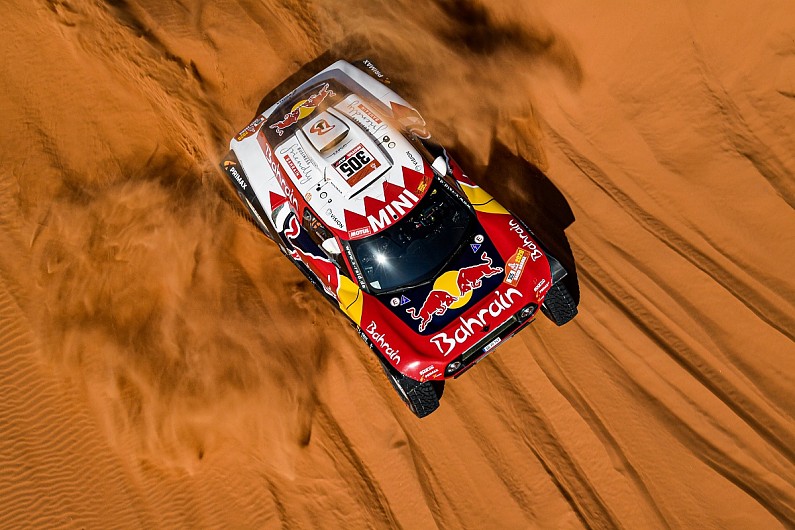 Mathieu Serradori edged Fernando Alonso to top the eighth stage of the 2020 Dakar Rally, amid a low-key showing for the marathon’s leading contenders.

Serradori claimed a first-ever stage win for himself and his South African-built Century CR6 buggy in the 474km loop around Wadi ad-Dawasir.

Though he was only one of several drivers with similar frontrunning pace in the early parts of the stage, Serradori was in a league of his own in the second half and finished four minutes faster than Alonso’s Toyota.

The two-time Formula 1 champion nevertheless recorded his best Dakar stage finish yet, having previously been classified no higher than fourth.

The stage win has allowed Serradori to overhaul another Toyota driver Bernhard ten Brinke for seventh place in the general classification, with Serradori having surrendered the spot on Sunday after getting stuck on a dune.

Opening the road after his victory in the seventh stage – and with no bike tracks to follow given their stage was cancelled in the aftermath of the passing of veteran rider Paulo Goncalves – rally leader Carlos Sainz (pictures above) endured a difficult start to competition on Monday. 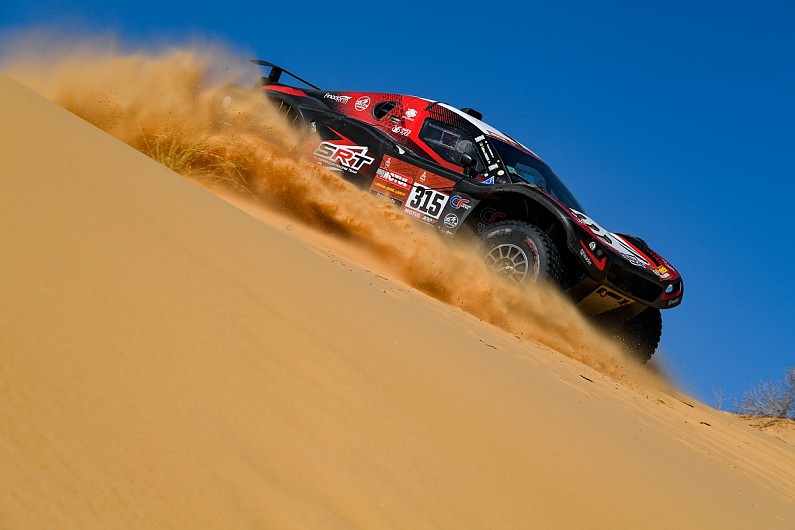 But having been passed by both Al-Attiyah and the fellow X-raid Mini buggy of Stephane Peterhansel in the stage, and with the threat of losing his overall lead looming large, Sainz recovered and caught up to his two main adversaries, and the trio finished in close proximity.

And though he wound up 19 minutes slower than Serradori on the day, Sainz gave up just over three minutes to Al-Attiyah and six to Peterhansel, meaning he retains a 6m40s lead over the former in the general classification.

Mini driver Orlando Terranova and the Toyota pair of Giniel de Villiers and Yazeed Al-Rajhi completed the top five on the day behind Serradori and Alonso.

The trio remain in pursuit of Sainz, Al-Attiyah and Peterhansel in the overall race, but Al-Rajhi, who sits best of the rest in fourth, remains over half an hour adrift of the marathon leader.

Mini driver Yasir Seaidan – ninth in the overall standings – was in the mix for the stage win for much of the day, but lost 40 minutes after getting stuck in the sand with 50 kilometres left to run.