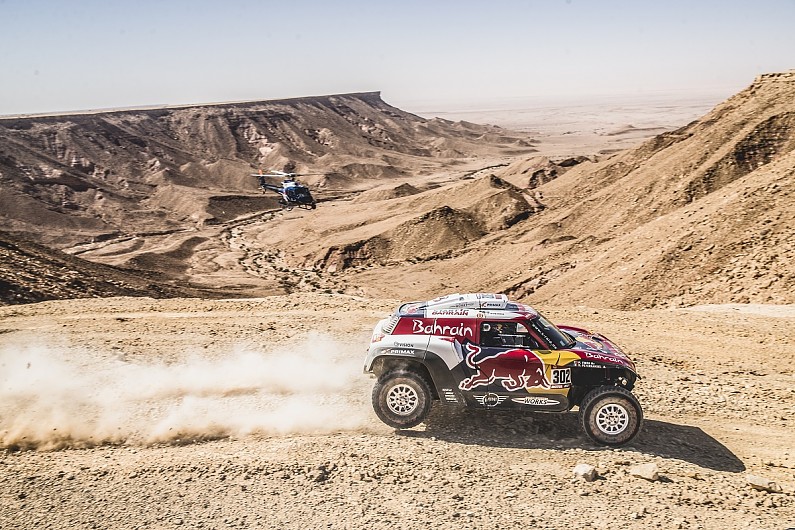 The three frontrunners benefitted from an advantageous position in the running order for the near-296-mile Wadi ad-Dawasir – Haradh stage, following low-key finishes on Monday.

But whereas Peterhansel and Al-Attiyah took full advantage, clocking in first and second at nearly every waypoint, Sainz suffered a costly five-minute loss shortly after the 60-mile mark.

As Al-Attiyah finished just 15 seconds behind stage winner Peterhansel, the Toyota driver has slashed Sainz’s lead in the marathon down to less than a half a minute.

The gap between Sainz and team-mate Peterhansel, meanwhile, has been halved and now stands at 6m38s. 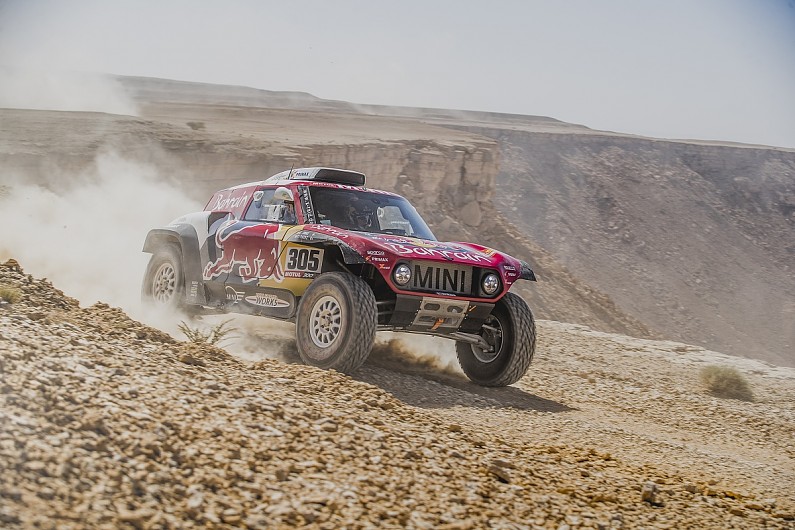 Behind the battle for victory, Toyota driver Yazeed Al-Rajhi and X-raid Mini’s Orlando Terranova maintain a stranglehold on fourth and fifth respectively in the general classification.

Mathieu Serradori and Fernando Alonso, who finished a surprise first and second on the previous stage, both had a more difficult Tuesday.

Serradori, first on the road in his Century buggy, surrendered almost half an hour relative to Peterhansel and has fallen back from the two Toyotas of Giniel de Villiers and Bernhard ten Brinke in the fight for sixth overall.

Alonso, meanwhile, was 13 minutes slower than Peterhansel, which was still enough for the two-time Formula 1 champion to move up to 10th in the classification.

His next target is fellow Toyota driver and Saudi Arabian Yasir Seaidan, though he is more than 40 minutes up the road and was boosted by a strong showing on Tuesday, finishing third-fastest behind Peterhansel and Al-Attiyah.

The longest of the three remaining stages will be run on Wednesday, with the 331.8-mile Haradh – Shubaytah test designated as the rally’s so-called ‘marathon stage’.

This means competitors will not be able to receive assistance from their technical crews in the Shubaytah bivouac, and will instead have to make any necessary repairs by themselves.