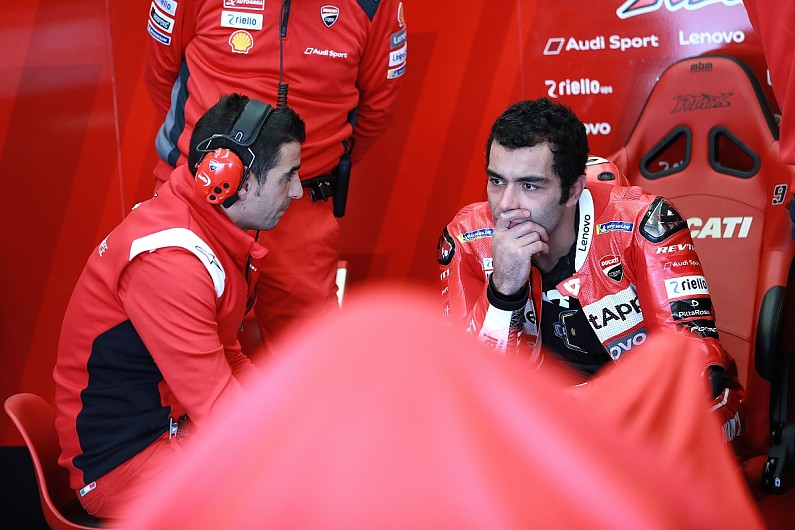 Ducati’s Danilo Petrucci says his ambition of finishing second in the 2019 MotoGP standings was the reason for his slump in form in the second half of the season.

Petrucci earned a place at the works Ducati squad for 2019, and secure a contract renewal early on after a run of three podiums – including a maiden victory at Mugello – between the Le Mans and Barcelona rounds.

However, his form tailed off dramatically in the second half of the year, and he did not score another top-five finish following a fourth at the German Grand Prix prior to the summer break.

All of this meant he went from fighting for second in the standings to only just holding onto sixth come the season’s end.

Speaking at the launch of Ducati’s 2020 season last week in Bologna, Petrucci admitted ‘making up his mind’ to finish runner-up in the standings was a “hot mistake” and ultimately led to his crisis in confidence.

“Last August I made up my mind to finish second in the world championship,” he said.

“That was a mistake, because during the summer break I looked at the championship standings.

“That was a hot mistake, I thought I was not doing well or enough without analysing the errors [I was making] instead.

“I questioned myself without thinking about my riding; [I thought only] to go fast and that’s it.

“This I carried until the end of the year.

“It is here that I know where to improve, that I have the strength to solve the problems, [to not] do as I did in 2019.” 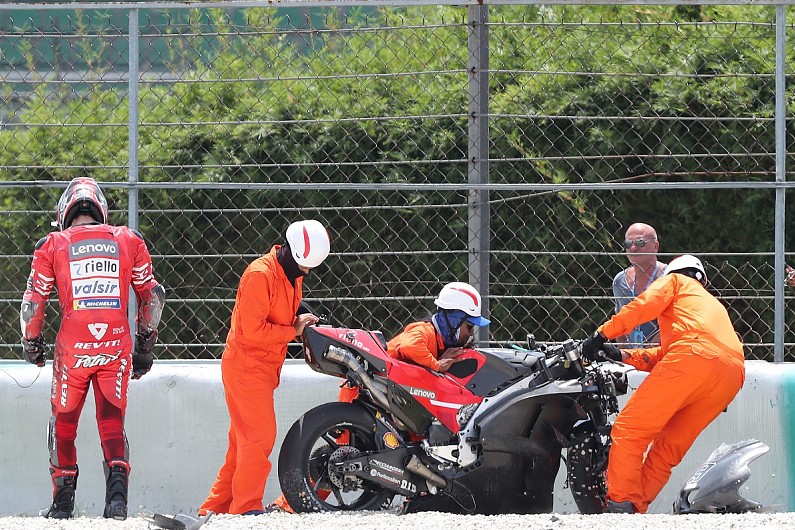 Petrucci said he “lost patience too often”, which led to numerous mistakes and allowed the pressure he was mounting on himself to build.

He also thought he “squeezed myself to the maximum” in the early part of the year, and this perhaps meant he got “tired too soon”.

All factory contracts – including Petrucci’s – expire this season, teeing up a frenetic rider market in the early stages of the year.

But Petrucci said there is “more serenity” about his situation, as he has spent the last two years fighting for his place on the grid.

“From this point of view [that his plans undecided], it is nothing new for me,” he added. “So there is more serenity and confidence [in me], since I also know how to work in an official team.

“I am ready to start again. I have rested a lot and trained with more method; I have another great opportunity.

“There is no one season more important than another, but surely I will always give my best as I have always done.”