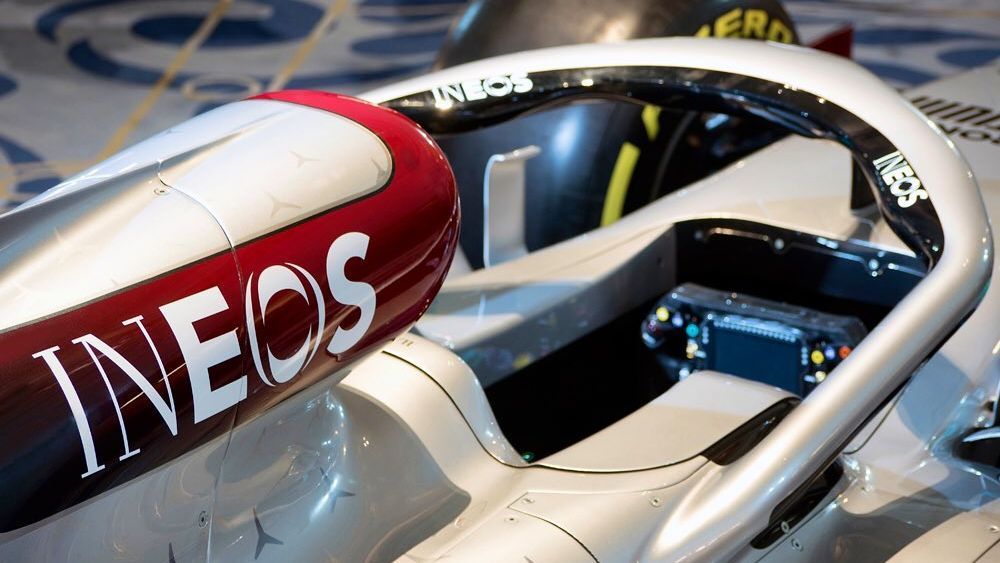 Mercedes has reiterated its long-term commitment to Formula One at the unveiling of its colour scheme for the 2020 season.

The team’s livery is largely unchanged from last year, with its famous silver accompanied with streaks of Petronas green on the sidepods and black on the engine cover. The only notable difference are the red patches on the front wing, airbox and rear wing, marking the start of its five-year principal partnership with INEOS.

The INEOS branding is also prominently located on the inside of the Halo cockpit protection device.

The unveiling came at London’s Royal Automobile Club at the announcement of the new five-year sponsorship deal with INEOS. The length of the deal should help dampen speculation that Mercedes will walk away from Formula One, following speculation it was considering its future over the winter. INEOS, which runs a Tour de France-winning teams, has become Mercedes’ principal partner, the second most important behind title sponsor Petronas.

“We are in this for the long-term,” Wolff said. “This is what we do, we build race cars and we build road cars.

“Formula One is the halo platform for hybrid engineering, something that is not communicated enough because it was talked down at the beginning of the hybrid era. It’s something we should put more emphasis on.

“We like the platform but at the same time we are in negotiations with the rights holders and things needed to be sorted out. But the partnership is something that indicates our wish to continue our successful journey in Formula One.”

The team will officially launch its actual 2020 car at the Silverstone circuit on Friday this week, where Lewis Hamilton will take it to the track during one of the two filming days designated to every team in a calendar season.