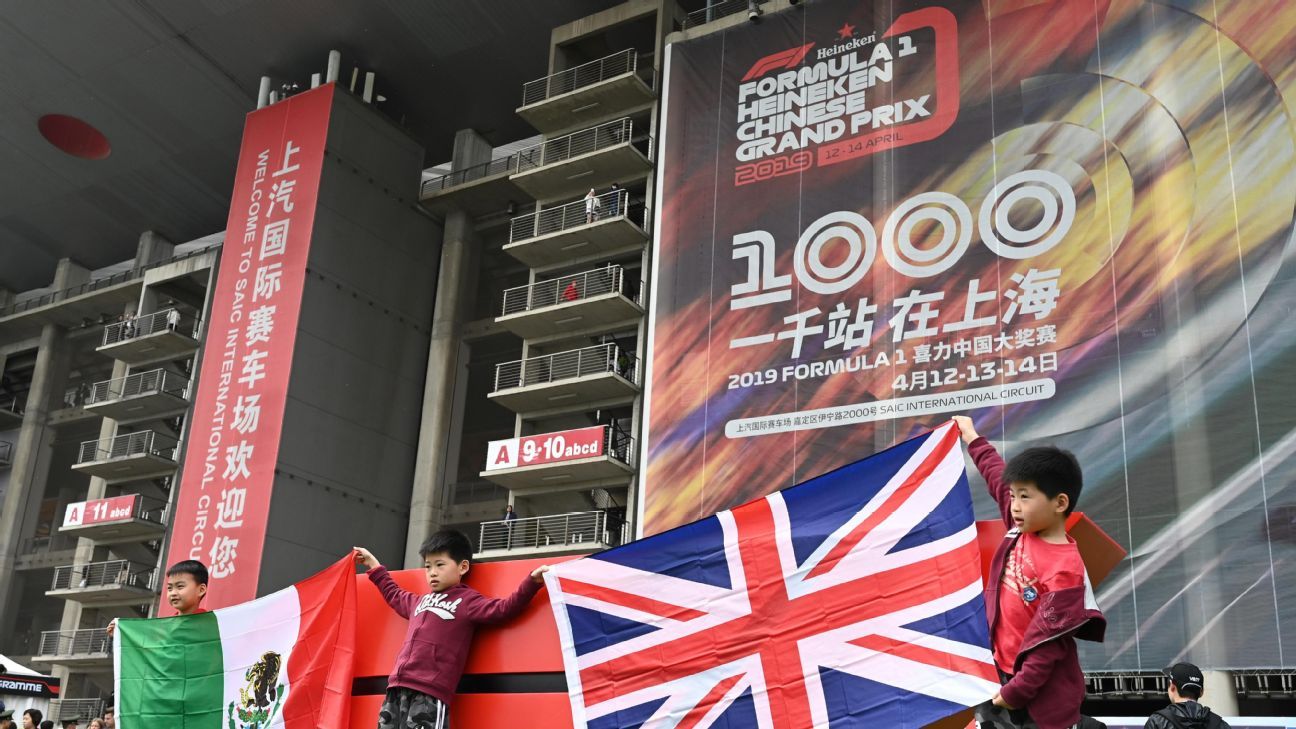 This year’s Chinese Grand Prix will not go ahead as planned due to ongoing concerns about the recent outbreak of coronavirus in the country, ESPN understands.

An official announcement is expected Wednesday and Formula One is thought to be considering its options between postponing the race and cancelling it altogether.

A congested race calendar from the middle of the season onwards means F1 is unlikely to find a suitable date which avoids a triple header. And given the logistical difficulties that three consecutive race weekends have posed in the past, such an arrangement could struggle to gain support from F1’s teams.

The Shanghai race was originally scheduled for April 19 and its absence will leave a four-week gap between the two new events for 2020 – the first ever Vietnamese Grand Prix on April 5 and the returning Dutch Grand Prix on May 3.

A straight swap between the Chinese Grand Prix and another race was ruled out by Ross Brawn, F1’s head of motorsport, last week.

F1 did not immediately respond when asked for an update on the Chinese Grand Prix Tuesday evening.

The Chinese Grand Prix joins a list of sporting events to have been cancelled due to coronavirus, including the scheduled Formula E motor race at Sanaya in March.