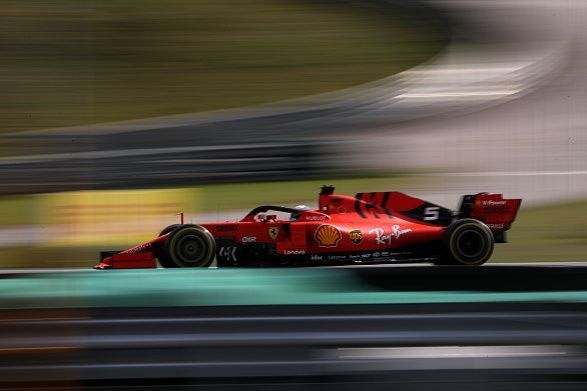 A number of flashpoints between the two drivers were well documented last year, culminating in the now-infamous images of the pair colliding on track in Interlagos. At the heart of the issue was the inescapable fact that four-time champion Vettel had underperformed over the course of the year and new recruit Leclerc had overperformed.

The dynamic within the team swung from Vettel this time last year towards Leclerc by the time he secured victory on Ferrari’s home soil at Monza. The 22-year-old, 10 years junior to Vettel, finished the season with more points, more pole positions and more wins than is more experienced teammate.

Ferrari’s partiality towards its younger driver manifested itself in a lucrative new contract in December, which will keep Leclerc in red overalls for the next five years. The big question is where that left Vettel and what it would do for the team dynamic.

Vettel’s own contract expires at the end of the year, and with no deal in place his career hangs in the balance. Viewed from one side, he has nothing to lose, but he also needs to toe the line if he is to be retained by the Scuderia. The situation could be volatile or exactly what Ferrari needs.

Binotto played his first card on Tuesday night by distancing the team from rumours it was chasing six-time world champion Lewis Hamilton and naming Vettel as the front runner for the vacant seat in 2021.

“Seb is our first choice at the moment,” he said. “It is something we are discussing with him and we will continue to discuss with him, but he’s certainly our first option and our preference at the moment.”

As for Vettel, he was keen to play down the situation, knowing — for now at least – options are still open to him.

“Three years ago, I didn’t have a contract till august, so strictly speaking I was out of business half a season before it finished,” he said, referencing the last deal he struck with the team. “At some point, you need to sort out what is going on in the future. But we have enough time.

Whether Vettel remains Ferrari’s first pick for 2021 will largely depend on what happens on track. You don’t need to have been in F1 for very long to know that what’s said at launches does not always translate in reality.

If Vettel can coexist with Leclerc there is no need to change him, but it also doesn’t take a huge amount of imagination to picture a continuation of the problems of 2019 this year.

One thing is for sure, it’s going to be fascinating to watch. Bring on the second act.