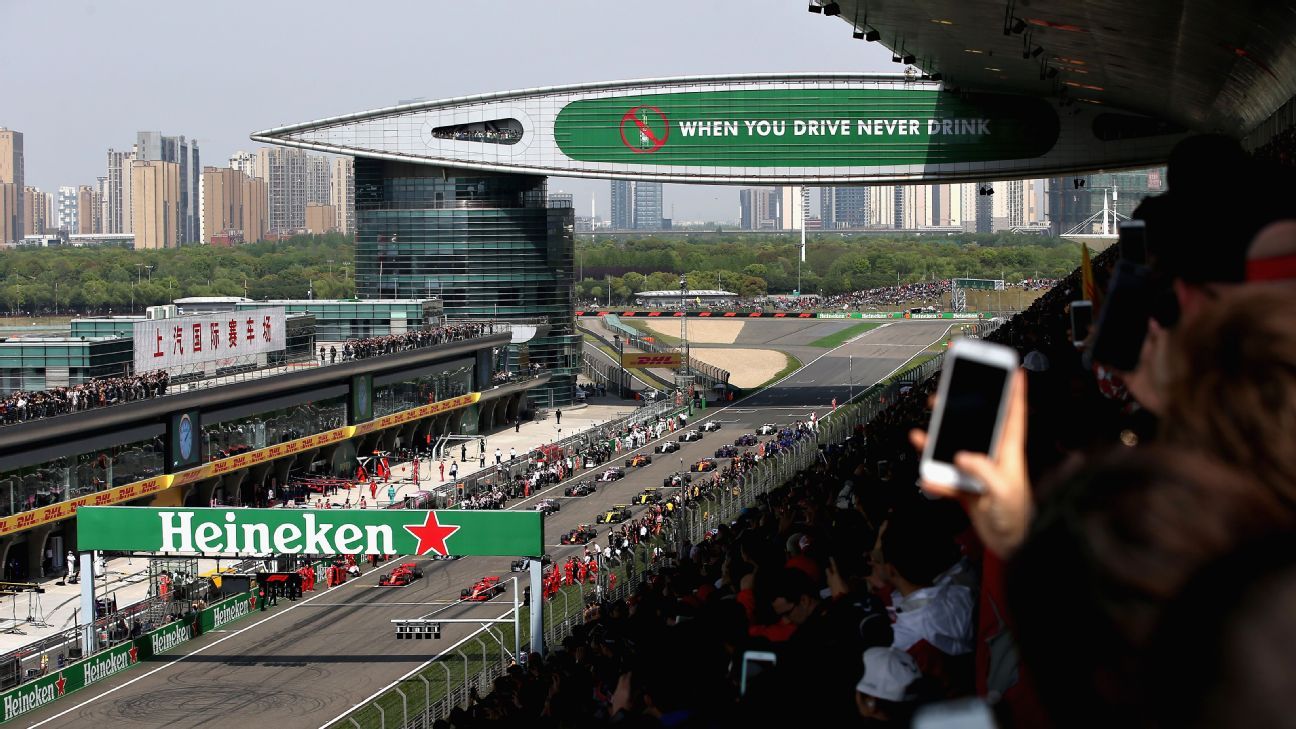 The Chinese Grand Prix was set to take place on April 19, but that event has been called off from its scheduled date due to the ongoing coronavirus crisis.

China is one of F1’s fastest-growing markets and the championship series will explore every option to ensure the race takes place at some point this year. But the question of when is a tricky one.

Why postponed and not cancelled?

Formula One’s announcement said it is working with the Chinese GP promoter to study “the viability of potential alternative dates for the Grand Prix later in the year should the situation improve.”

There is precedent for this. The last race to be cancelled outright, the 2011 Bahrain Grand Prix, was initially put on hold — albeit for political reasons rather than public health concerns — until it became clear the race could not be rearranged to take place later in that calendar year.

The Shanghai race is only likely to be officially cancelled once F1 has exhausted every possible option.

Where could it be moved to?

The F1 calendar is already crowded; this was set to be the first year to feature 22 races.

Several issues complicate rescheduling a race. The most obvious and important of these is the coronavirus crisis itself; the Chinese GP will not take place until the situation in China has improved.

Were that to happen, there are some challenges in trying to find a new date for the Chinese GP:

Of the three obvious solutions, all appear unlikely for different reasons.

On first glance, the Sept. 27 slot held by the Russian Grand Prix seems ideal to anyone looking to rearrange the Shanghai race. This date is a week after Singapore and two weeks before Japan, which is an easier proposition logistically.

China and Russia swapping places therefore seems like a logical solution. However, this would all hinge on Sochi organisers agreeing the switch, which seems unlikely given what they told RaceFans earlier this month.

“The calendar was confirmed by the FIA and F1 in October, and there will be no change of date for the Russian Grand Prix,” a spokesperson said.

Sochi started its F1 life as a race in the second half of the calendar, taking place in October 2014 and 2015. It was moved to the first half of the calendar for 2016 and 2017, but then back down the other end to fill the gap left by the discontinued Malaysian Grand Prix, a slot it appears to prefer.

Scenario 2: Tweak the end of the season

Another possibility is making China the last race of 2020 or moving Abu Dhabi into December to create space to make Shanghai the penultimate race. Given that F1 is open to the prospect of a 25-race season in the future, which would involve a championship stretching deep into December, it is unlikely to be daunted by the prospect of extending the current season to accommodate China.

However, the much cooler and less predictable Shanghai weather in November is hardly a good time to hold a motor race. F1 cars can run in cold conditions, but the prospect of moving the Chinese Grand Prix to a November date in normal circumstances would be laughed at.

The Abu Dhabi Grand Prix also pays a premium for its prime real estate at the end of the calendar, so F1 would need to approach the Emirate with an attractive deal for it to consider making substantial changes. While the F1 championship has not gone to the wire since 2014, the prospect of hosting a title showdown remains a very attractive one.

Some have suggested China could move to the weekend of Nov. 22, between the Brazil and Abu Dhabi races. But that tripleheader also seems unlikely.

F1 trialled a tripleheader in 2018 between three European countries — France, Austria and Great Britain — but plans to do so again were scrapped after teams complained they had been stretched to breaking point. Trying to attempt a similar schedule over three different continents and time zones is not going to happen. Add in the difficulties of efficiently moving freight through Chinese customs, and it becomes increasingly tricky for F1 to hold the Shanghai race date so close to another one.

In short, there appears to be very little wiggle room for F1 to reschedule given the nature of the current calendar.