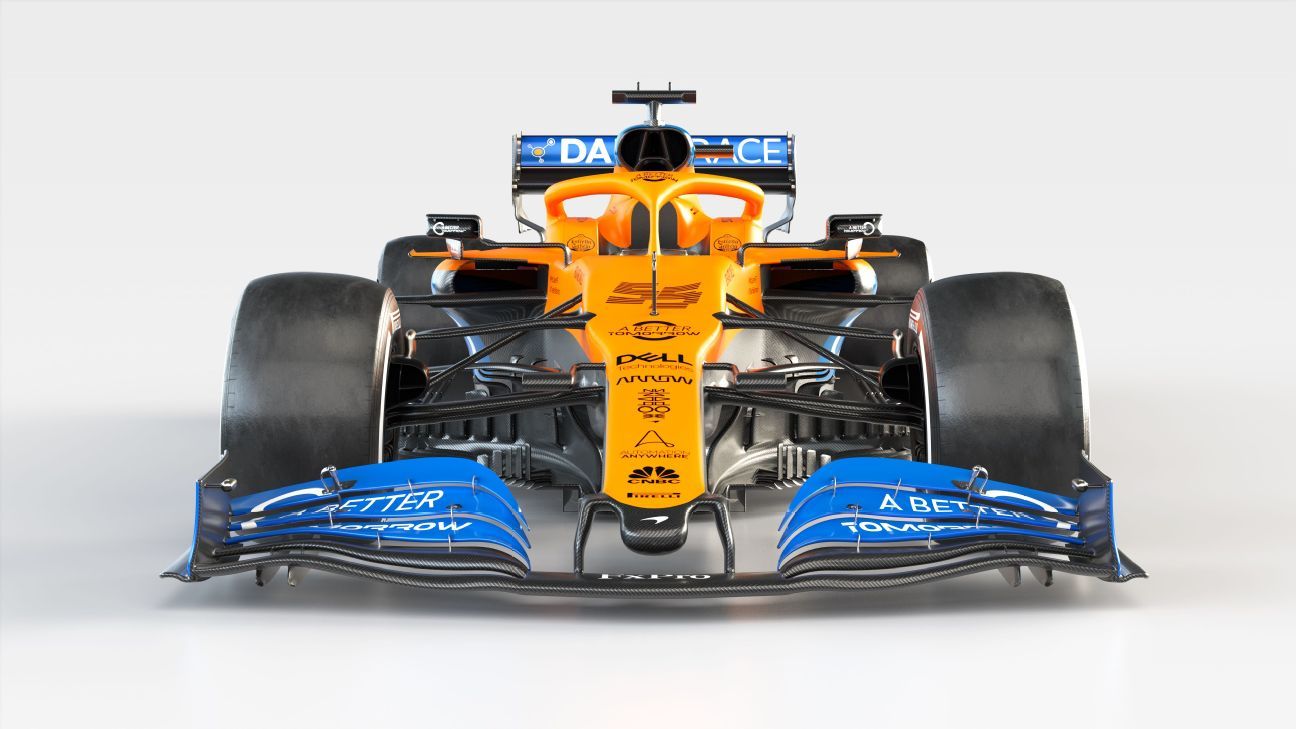 McLaren has launched its new car for the upcoming Formula One season at an event at its factory in Woking.

The former champions hope the new MCL35 will continue the progress the team made last year when it finished fourth in the championship behind F1’s big three, Mercedes, Ferrari and Red Bull.

Although McLaren has a long history of fighting for titles in past decades, it has struggled in recent years and has not won a grand prix since 2012. The aim for 2020 will be to continue to close the gap to the front while preparing for a more significant push under major regulation changes in 2021.

The new car appears to be an evolution of its predecessor, but has clearly been refined with a new narrower nose and tightened packaging at the rear. It also features a front wing philosophy similar to Ferrari’s, which McLaren started to adopt after the 2019 Spanish Grand Prix. The front suspension has been revised and raised to mimic a concept first introduced by Mercedes and Toro Rosso in 2017.

The car will continue to be powered by Renault this season before McLaren switches to Mercedes engines in 2021.

The MCL35 is the first McLaren to be designed under technical director James Key and team principal Andreas Seidl, who both joined the team early last year. Key replaced Tim Goss, who achieved considerable success with McLaren in the 1990s and 2000s, but also oversaw the technical department during its steady decline in the 2010s.

“This is an important moment for the entire team,” Seidl said. “Yesterday evening, after many months of hard work from all the men and women at McLaren, our people were the very first to see the MCL35, before we showed it to the world today. Every team member has invested a great deal of time and energy during this pre-season in designing, engineering and producing the MCL35 ready to take to the track for the first-time at pre-season testing.

“Today is another step on our journey. It is important not to be complacent, this will be a tough season. Nothing comes easy in Formula One and the competition at the head of the midfield will be intense. We have six days of testing to prepare for the start of the new season and the whole team here at the factory and at track are ready. We go again.”

Continuing a trend that started in 2017 with the arrival of CEO Zak Brown, McLaren has stuck with papaya orange paintwork and blue details on the car, albeit with a matte finish this year. Speaking at the launch, drivers Lando Norris and Carlos Sainz claimed to have an input in the final design.

The car also features prominent branding from tobacco company BAT, with the message “A better tomorrow” on the sidepods and front wing.

“I’m immensely proud of the entire team today,” Brown said. “Last season we delivered what we set out to do — secure a hard-fought fourth in the constructors’ championship. Our positive on-track momentum and the renewed energy in the team has seen us grow our valued partner family and global fan base and we look forward to a hugely competitive season.

“While we are enjoying going racing again, we remain measured and focused, and all of us at McLaren keep pushing fearlessly forward.”

Norris added: “I think the MCL35 looks great with its updated livery — I think our fans will love it and I’m really excited to drive it for the first time. A lot of hard work and development have gone into this car from the design team, the engineers, the car build team and Carlos and myself, and it’s a special feeling to have been involved in its evolution.”