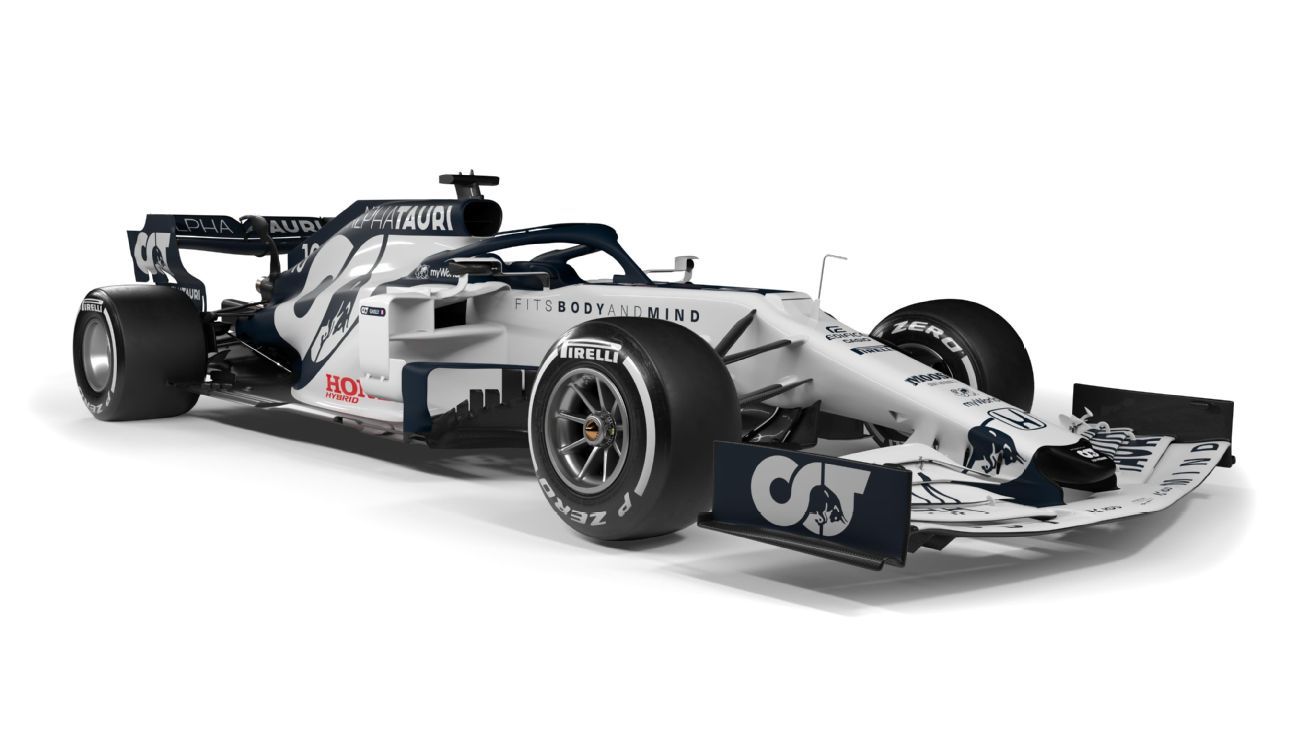 The Toro Rosso team has formally completed its rebrand to Alpha Tauri by unveiling its race car for the 2020 Formula One season.

Red Bull’s second team is taking on the name of the company’s clothing brand, having operated as Toro Rosso — Italian for ‘Red Bull’ — since 2006. On Friday at a launch event at Red Bull’s Hangar-7 facility in Salzburg, Austria, it unveiled the first car to carry the Alpha Tauri name, the AT01.

The car has a striking dark blue and white matte livery. The livery was presented on what was predominantly a 2019 car, following a long show which included models walking around the stage in various bits of Alpha Tauri clothing. The images the team circulated to the media were of this year’s car.

Team boss Franz Tost said the team hopes to record a top five finish in the championship under its new guise.

“We are very optimistic for this season,” he explained. “First of all, the car showed very good results in the wind tunnel.

“For a second Honda, our friends in Japan, in Sakura, made big progress during the winter months from the performance side as well as from the reliability side. Third, we have two good drivers. They showed that already last year, we just missed the middle of the podiums.”

At the same time as the launch was taking place in Austria, a replica car was unveiled on the wall of a shop in Milan, Italy.

The 2020-spec AT01 will complete its first laps of an F1 circuit on Saturday, when it completes a filming day at the Misano circuit in Italy. The team’s car will continue to be powered by Honda, which supplies both Red Bull teams.

The team has changed its social media handles to mark the rebrand.

Since 2006 the Faenza squad has served as the junior team to Red Bull’s main outfit and is often tasked with giving the company’s junior drivers their first taste of Formula One. Alpha Tauri has two drivers who have experienced life at Red Bull.

Both drivers claimed the team a podium finish last year — Kvyat in Germany and Gasly in Brazil.